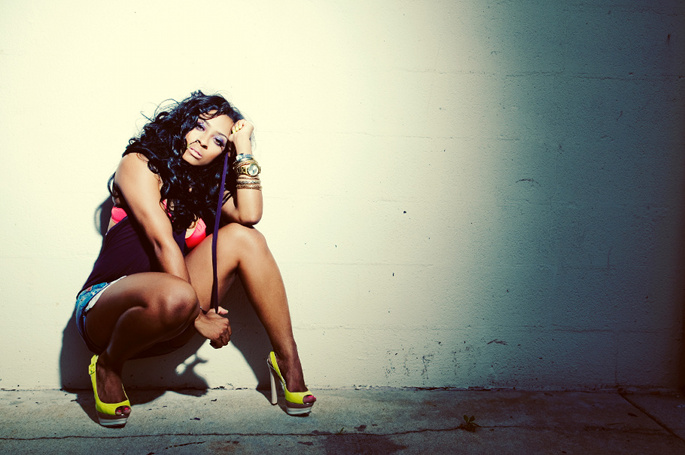 The new year has just about cranked into gear, and here’s our final survey of artists to keep an eye trained on in 2014.

We’ve surveyed the cream of the dancefloor crop, garlanded our favourite new rappers and beatmakers, and counted up the labels we expect to do fascinating things over the next year. Last up is FACT’s guide to the 10 R&B artists to watch in 2014 – compiled by professor emeritus on these matters, Alex Macpherson. 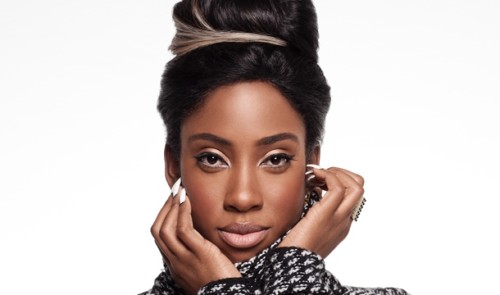 The fate of the R&B girl group hasn’t been a pleasant one over the past decade, with superlative music and cult adoration generally followed by commercial disinterest and a plot in the sad wastelands of the R&B elephant’s graveyard. Sometimes, though, it’s possible to haul yourself out. In 2009, RichGirl were Rich Harrison’s four-piece answer to The-Dream’s Electrik Red; their debut single, ‘He Ain’t Wit Me Now (Tho)’, is still a thunderous piece of work. Unlike Electrik Red, RichGirl never even made it to their first album – a damning indictment of music fans everywhere. But the re-emergence of singer Sevyn Streeter was one of 2013’s most unexpected twists.

If the subtle sensuality of Aaliyah has replaced the raw passion of Mary J. Blige as the dominant vocal influence among female R&B singers, few have captured her depth as well as Streeter did on her breakthrough single, the yearning, rippling ‘It Won’t Stop’. (That this success needed a Chris Brown remix, and indeed his backing generally, to supplant Streeter’s superior solo original is yet another sad reminder that the struggle is real.) A teaser EP that followed last month, Call Me Crazy, But…, demonstrated that Streeter is no one-song wonder, showcasing her brassiness (‘Call Me Crazy’), wit (‘Sex On The Ceiling’ – a fine substitute for those currently craving ridiculous Kellsian humour but put off by the man himself) and depth (Streeter tackles domestic abuse with a numbed anger on ‘B.A.N.S.’): all the evidence points towards Streeter being a woman coming into her own. 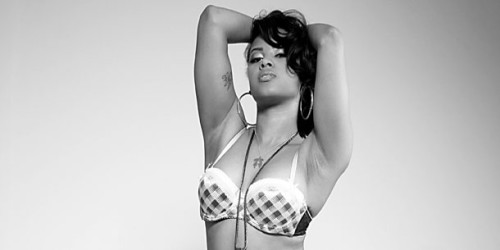 It’s been two years since Philadelphia’s Jade Alston first emerged with her debut mixtape, Single On A Saturday Night. Along with its follow-up, last January’s Sunday Night, it established the husky contralto as a singer in the vein of Jazmine Sullivan: the heaviness of her emotional vocals was balanced by a certain lightness of touch and sheer endearing warmth – as well as varied taste in production. Alston has proved herself on clattering percussion and airhorns (‘Sober’), icy club-ready synthwork (‘Bill Gates’) and reggae (‘Guessing Games’); she’s capable of both powerhouse tour de forces while wreathed in Noah Shebib-style bleak smoke (‘I Try’) as well as acting as a one-woman all-harmonising girl group of her own (‘Pioneer’). Then everything went unusually quiet – until Alston revealed last August that she had been diagnosed with myocarditis, a potentially fatal heart condition, and had spent much of the year in hospital. Still unsigned, she turned to Kickstarter to fund her debut album proper, We Will Live. Within a month, she had raised double her target amount – and the album is due for release in 2014. 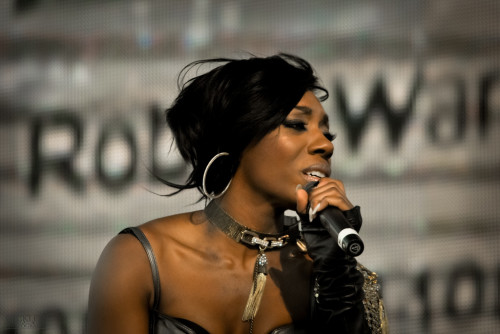 The Diddy Dirty Money axis remains one of the more underrated creative forces in R&B. Despite the disproportionate attention centred on Diddy during the Last Train To Paris campaign, the trio’s most famous member went out of his way to emphasise the equal importance of singer-songwriters Dawn Richard and Kalenna Harper to the project: not just hired pretty voices, but formidable artists in their own right. Their music since has borne this out in contrasting fashion. Kalenna is the earthy yin to Richard’s fantasy yang: her 2012 mixtape Chamber Of Diaries found her cursing up a storm in the club, blasting Wu-Tang to get over a break-up and finally going off the rails in a frenzy of drunken, emotional drama. Kalenna’s 2013 was a quiet one, but a sense that we haven’t seen half of what she’s capable of accompanies the anticipation for her upcoming project, Black Orchid. 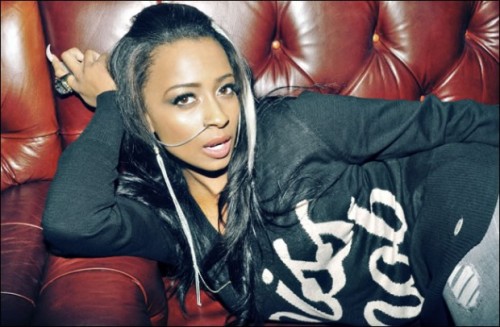 In 2012, Young Money’s R&B representative Shanell – or “S-N-muthafuckin-L”, as she snarls in songs – delivered one of the most striking feminist R&B manifestos in recent years in her Nobody’s Bitch mixtape. “People have a hard time processing it when it’s not packaged for the consumption of male entertainment…because surely a woman couldn’t be intelligent enough to be making a point?” she asked in one interlude; and, to that end, she masterfully dissected gender power games and sexuality’s role as a weapon within them over gleaming disco, whip-cracking beats and dance class ready clappers. A bit of hard-ass misandry never goes amiss in R&B – it’s certainly a welcome contrast to pliably coos ready for moulding by white boy producers – and Shanell brings the Lil’ Kim realness with no holds barred: “He calls me honey while I call him names / Talks with his mouth full and I’ll take the blame,” as she sneers on ‘Turn Up On Him’. All we need now is for Shanell to join forces with fellow Young Money member Nicki Minaj to eviscerate all straight men: bring it on, 2014. 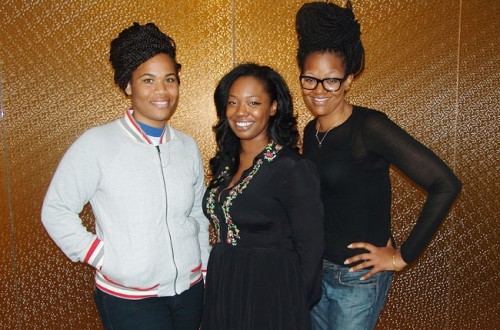 A total of four original songs in three years isn’t the rate of output that normally maintains interest in a new act – but it feels apt that LA trio KING are taking their time. Twin sisters Paris and Amber Strother, with their friend Anita Bias, make dreamy, psychedelia-tinged soul that unspools itself patiently and languidly, a reverie of harmonies and tactile melodies; a three-track EP in 2011, The Story, made fans of Erykah Badu, Questlove and, most importantly, Prince – who was impressed enough to take KING under his wing, acting as both artistic mentor and financial backer and urging the trio to take their time in crafting their sound. This is paying off: they’ve appeared on albums from Robert Glasper and Bilal, and last year’s ‘In The Meantime’ single was revelatory, its ebbs and flows judged to perfection. KING’s debut full-length is finally scheduled to emerge in 2014. 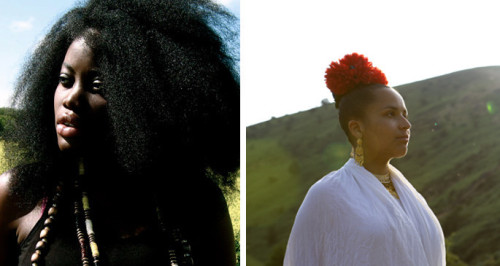 Eglo Records have undoubtedly been one of the most distinctive London record labels in recent years: their output has consistently felt slightly outside the given trends of any moment, and their debut label compilation last year demonstrated just how much staying in their own lane had paid off. Two of the more underrated artists on the Eglo roster are their soul singers, Fatima and Shuanise. The latter pulled off an immense star turn with the compilation-exclusive cut ‘Mercy’, an imperious performance of real power. Meanwhile the former, whose debut album will be released in 2014, has perfected her brand of off-kilter, funk-inflected soul in collaborations with the likes of Dâm-Funk and Shafiq Husayn as well as her own material: last year’s ‘La Neta’ single was a poised, constantly shape-shifting knot of a song, constantly surprising you with new twists. 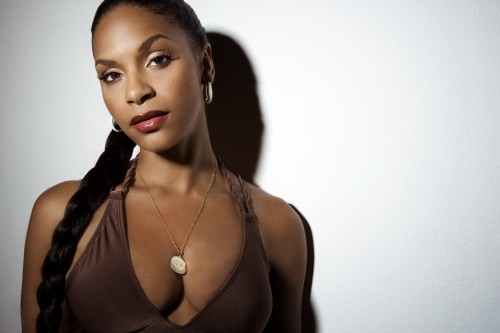 This year is the 10-year anniversary of Teedra Moses’s debut – and so far only – album, Complex Simplicity. It emerged quietly, an R&B afterthought on Lil’ Jon’s crunk-fosed label, and initially made minimal impact. But the decade since has seen Moses become something of a talismanic R&B figure. From UK funky remixes to Katy B citing her as a key influence, her crystal-clear vocals and immense poetry of her songwriting have kept cropping up in surprising places, even as the woman herself concentrated on raising her twin sons in Miami and releasing the occasional grab-bag mixtape of MP3s (some, such as ‘So Kool’ and ‘Put It In The Wind’, of transcendent quality). In 2011, it was announced that Moses had signed with Rick Ross’s Maybach Music Group – though little material has emerged since, and Moses clarified last May that the signing had never been “solidified”. A live date in London has been announced for February; will 2014 finally see the release of Moses’s long-anticipated second album, The Lioness? 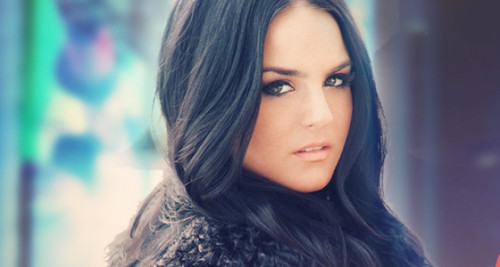 Another singer with a cult fanbase who’s been in label purgatory is former teenpop star JoJo, who found herself trapped in a seven-album contract, signed when she was a minor, with the notoriously shady Blackground Records – and a labyrinth of label mergers and acquisitions when it effectively ceased to operate. It was only this month – nearly eight years after the release of her second album, most of which she spent in courtroom battles with Blackground – that JoJo finally announced that she had been freed from her former label, and was a new signing to Atlantic. Despite her travails, though, what’s remarkable is that JoJo has already proven herself to be more than a cautionary tale. Via her mixtapes, she’s been allowed to evolve her sound exactly as she’s seen fit: icy electronics on 2010’s Can’t Take That Away From Me; an astonishing take on Drake’s ‘Marvin’s Room’ in 2011 that rendered the original null and void with its rawness, both sexual and emotional; 2012’s Agápē, which joined the dots between stoned R&B and folkish songwriting. 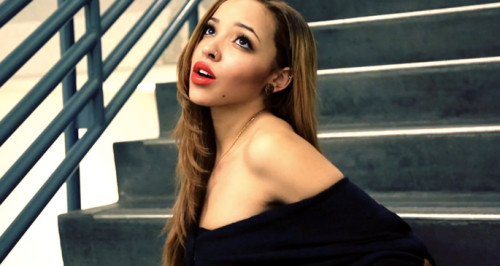 As a fully paid-up founding member of the Cassie Cult, her belated impact on R&B has been bittersweet. Sure, ‘Me & U’ was a masterpiece; and those 2007-08 demos lost down the back of Diddy’s sofa stand alongside Kiley Dean’s Simple Girl as one of the great unreleased R&B masterpieces. But the tastemaker embrace keeping her animated has a touch of zombiefication about it; a natural career span artificially extended long after the magic has gone. And this is even more true of the growing wave of thin-voiced Cassie copyists: whatever alchemy made her excellent in the first place, it’s of no use as a template to follow. Initially, Tinashe – another girl group refugee, this time from the barely-known The Stunners – looked like she intended to follow Jhené Aiko down this cul-de-sac, putting out three mixtapes of thoroughly unsurprising moody, late-night wisps. But the lead single from her album proper, ‘2 On’, is a welcome change of pace: teaming up with DJ Mustard (and interpolating Sean Paul!) has enabled her to add some oomph without sacrificing her vibes. More Mustard, less Hemsworth for the album please.