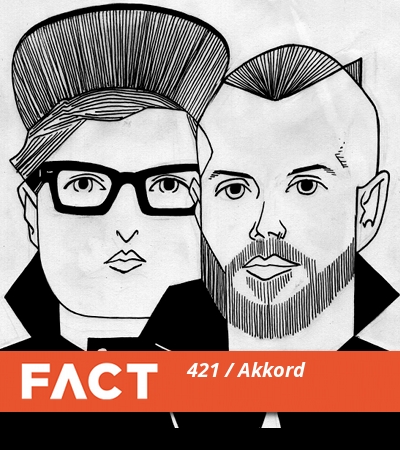 Originally designed as an anonymous project – though Akkord’s identity was eventually revealed as Apollo-associated producers Synkro and Indigo – Akkord introduced themselves with a brace of self-released 12″s in 2012. In truth, it felt like the group hadn’t found their identity at that point: those singles took cues from some of the underground’s most hyped acts (James Blake, Burial, Instra:mental) but although the surgical approach Akkord took to incorporating those acts’ characteristics was impressive, it didn’t exactly feel new – especially when presented anon.

Fast-forward a year, however, and the group’s self-titled album and preceding Navigate EP are doing serious damage. Precision-tooled music that draws from drum’n’bass, techno, Autechre and dubstep without ever quite feeling like it’s conforming to one genre, Akkord may have been overshadowed by the group’s labelmate Special Request in the publicity stakes, but it’s proving to be one of Fabric’s Houndstooth label’s sharpest moves.

Tool aside, there’s few surprises in the tracklist for Akkord’s FACT mix – let’s face it, it makes total sense that the group are fans of Muslimgauze, Andy Stott, ASC, Xhin and Felix K – but the way that it’s presented, with these tracks forming a whole like melted-down metals, is seriously something. It really feels like an extension of the album – download it below.