“Have you ever actually met a Lily Allen fan?”: Lily Allen, James Blake, Millie & Andrea and more reviewed in the FACT Singles Club 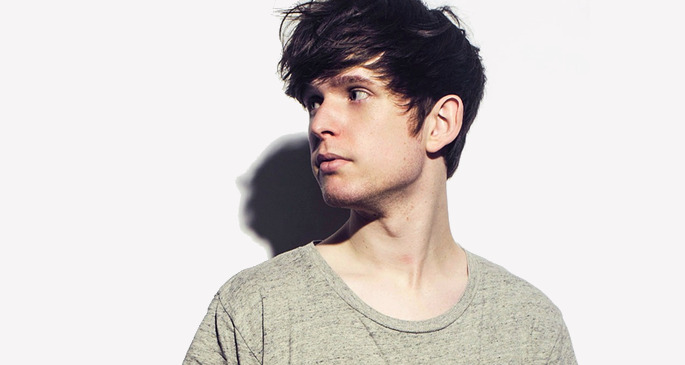 With the way individual tracks are now consumed, the idea of what constitutes a single has shifted dramatically in the last half a decade, and its for this reason that the songs reviewed across the next pages are a combination of 12″ vinyl releases, mixtape cuts, Soundcloud uploads and more. All are treated equally – well, most of the time. On the chopping block this week: James Blake, Millie & Andrea, Lily Allen, Charli XCX and more. 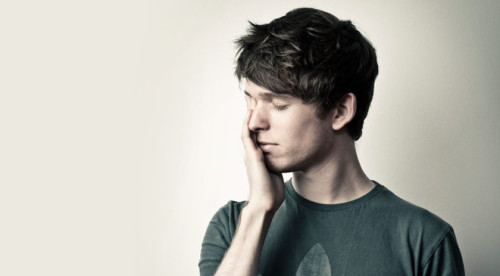 Joe Muggs: Really, really like the ambient noise, the clonking noises, the chord progression, the synth hooks, the vocal, the lack of bass, the way it feels airborne and that sudden stop. Oh wait that’s all of it. Nice one! (8)

Chal Ravens: Didn’t he make a good radio host? Pleasantly dry. Quintessential Blake, here – the humming, the handclaps, the weird jazzy chord progressions – but not as strong as anything on the album. The ending is great, though. (6)

Brad Rose: The generic piano loop, the mumbly white-boy vocals… yup, that’ll win all the plaudits and awards in 2013 because nothing gets people excited like flaccid, safe music! ‘40455’ continues that theme with yawning aplomb. (3)

Sophie Kindreich: I haven’t really been excited by James Blake since his first album came out – why has everything he’s done lately sounded like Thom Yorke circa The Eraser? Mad at the ‘Drunk in Love’ Harmonimix too. (4)

John Twells: He does occasionally surprise me, does Blake – he’s a mopey sod, but in small doses it really works. I can almost totally forgive the maudlin whimpers when he plonks a sizzling vintage hi-hat this far up in the mix. Good stuff. (7)

Aimee Cliff:  I love the spiralling swill of this, particularly once it gets into “what were you thinking about…”, but it’s a very familiar formula from Blake. It won’t convert any non-believers. (7) 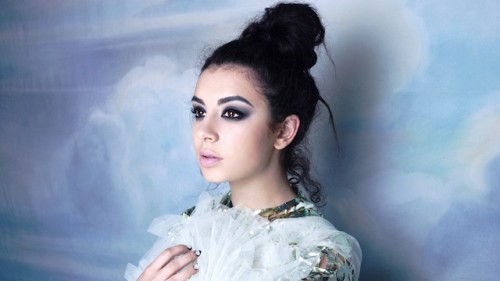 John Twells: What the hell happened here? Wasn’t Charli XCX writing ad-ready pop a year ago? This sounds absolutely atrocious (the digitally distorted direct-injected guitar is tough to listen to) but that’s the point I suppose. Sadly for Miss XCX there are, oooh, about a million actual teenaged punkers who do (and have done) this shit far, far better. (3)

Brad Rose: This is totally absurd and I am totally okay with that. More randomness like this please, Charli. (6)

Steve Shaw: Needs a bit more Peaches energy to be properly in there, but this is a much better direction for her. Better than Loading Video…

Joe Muggs: Seems like one of those cycles has turned full circle – there seems to be a kind of electro-trash thing going on that sounds & looks loads like that point in 2003 when electroclash got aggy… Specifically this sounds like it’d be played late on in the evening at Nag Nag Nag. It’s alright. (6)

Chal Ravens: I really wanted this to be an original song, but of course it’s a cover. In the dimly lit part of my brain where fond memories of Electric Six and The 5.6.7.8’s reside, this is a big hit. (6)

Sophie Kindreich: This sounds like something that would soundtrack a Jenny Humphrey guerilla fashion show-cum-coke binge. I miss Gossip Girl. (5) 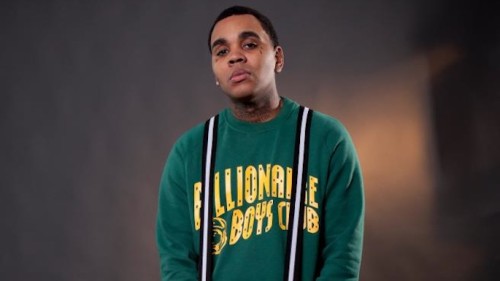 Sophie Kindreich: Go Grizzly was responsible for my favourite Luca Brasi track and I was sad when he didn’t lend a hand to Stranger than Fiction, so I’m glad he’s come back (with Knucklehead in tow) on such a blinder. Hearing Gates’ gravelly baritone coast triumphantly over those syrupy keys is a treat. (9)

Brad Rose: After an awesome 2013, Gates brings the fire with his first tune of 2014.  There’s a slow crawl to ‘Don’t Know’ that, combined with Gates’ typical everything-in-the-red, makes this feel like a 12-round boxing match where he just keeps beating you down, over and over, until you can’t help but give in. I mean, that bassline alone will eat you alive. (8)

John Twells: Kevin Gates smashed it in 2013, but despite dropping two albums that pretty much topped everything for me last year, ‘Don’t Know’ doesn’t really appeal. Gates’ smart lyricism is his draw, and he doesn’t spit much of interest here – it’s the sort of track I can imagine filling a gap in the middle of a tape, but on its own falls short. (5)

Chal Ravens: Clever this, ‘cos all the things he says he “don’t know”, he totally does! Like ugly bitches and snitch n’s. C’mon, Kev, you do know. Rack your brains. As ever his voice reels me in so hard I don’t really care too much what he’s saying. (6)

Aimee Cliff: With elastic production wrapped tightly round Gates’s sleepy drawl there’s a really fun groove to this, but like a lot of his throwaway stuff it does feel like Gates could actually have made it in his sleep. (6)

Joe Muggs: He’s funny, the bass is big, it’s a bit coked-up for my tastes, but I would happily listen to a loop of that “screeee-bonk-head-on-collision” bit for ages. (5) 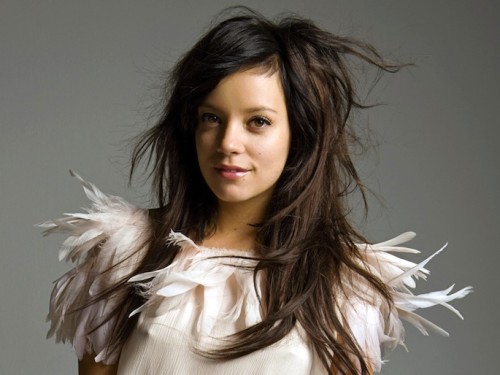 Steve Shaw: About as buoyant as the balloon you find behind the sofa 2 weeks after your house party. Wrinkled and weak, garishly coloured, rolling around pathetically with the dust bunnies. To be stamped on, put out of its misery and dumped in the bin immediately. Thanks. (0)

John Twells: There’s something about Lily Allen’s stupid voice that almost never fails to wind me up. This one’s the tinny soundtrack to a gaggle of grubby children hurling shrill abuse at old folks while Snapchatting each other candid pics of their junk and regurgitating stifled mouthfuls of 20/20. Katy Perry has nothing to worry about. (1)

Brad Rose: “When I’m bored, I sort of drift away” is an absolutely appropriate chorus for this throwaway tune. Well done, Lily. (4)

Aimee Cliff: ‘Hard Out Here’ had its problems as a political manifesto, but it’s almost more insulting that Allen would follow it up with something so unbelievably inane and twee rather than sticking to the warpath. As far as I can tell this song is about precisely nothing. (0)

Sophie Kindreich: This could be an M.I.A. tune if M.I.A. was white, born into money and shit. The ‘na na na’ bit bites the ‘some I murder’ part of ‘Paper Planes’ sooo hard, but Lily’s song has none of the sharpness that Maya’s do. It’s so inoffensive and bland – “when I’m bored, I kind of drift away” is a pretty apt description of how I felt listening to it. I’d give this a two under regular circumstances, but given she’s such a horrible person, what’s a couple of points here or there? (0)

Joe Muggs: It’s probably not cool to say but I think Lily used to be a great pop star, not least because she’s got a really distinctive voice and knew exactly what to do with it. Likewise her look was all her, and she rocked it well. Also, contra lots of angry people, I don’t think she ever pretended to be more working class than she was – she pretty well portrayed the mess of conflicting identities that she represents. Lately? Not so good. Gollywog-cock-tweeting aside, this is crap, the last song was crap, and both got overshadowed by a cutesy Keane cover in an advert. This is a weak MIA rip-off, she’s singing outside her range, and it’s boring. Boo. (2) 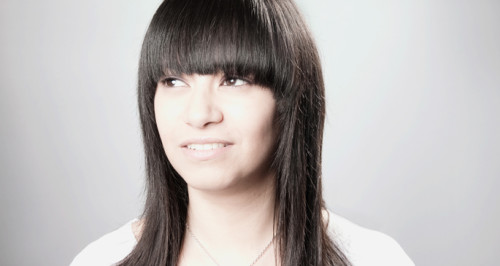 John Twells: So with Roland re-issuing (and, err, updating) the 808, is electro going to turn out to be this year’s jungle? We’re certainly not off to a bad start with ‘Dream Incubation’, which sounds a little bit like the mid-point between a Street Sounds Electro 12” and something you’d expect to find emblazoned with the Night Slugs logo. I approve. (7)

Steve Shaw: I am ardently in favour of anything with a freestyle influence, but I’m really not a fan of the instrumentation on this. Also, I think the production renders it too big, like a towering, colourful object that’s too close to take in comfortably. (5)

Sophie Kindreich: I love that chunky bassline, but it’s the kind of thing that’d have me heading for the bar if it came on in the club while I was trying to dance. Drexciyan lift music. (6)

Joe Muggs: Lovely. Ikonika’s stuff can be so great, but can be kind of dry sometimes too – so it’s great to hear the funky, farty bass in this and all the pop elements piled on. Only problem really is it’s SO pop I find myself craving a vocal. Bootleggers, fire up your Abletons please. (7)

Aimee Cliff: So it turns out “dream incubation” is actually the term for when you focus really hard on a topic as you fall asleep to try to make yourself dream about it. But when I listen to this track I feel more like I’m inside a physical dream incubator, the laser-bright synth lines bouncing off metallic walls with a clang and everything feeling HD. (8) 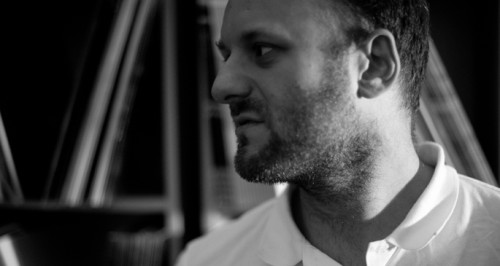 John Twells: It’s been far too long since the last Millie & Andrea 12”, but this new one just about makes the wait worthwhile. Despite it sounding like a rugged, noisy trap excursion, I like to think that Miles dug out his old Lacerated 12”s for research here. Prime weaponry – it’ll be in the bag for a while.  (8)

Chal Ravens: Who are these two boarding school escapees and why have they made my speakers sound like they’ve been dunked in a peat bog? More! Again! (7)

Steve Shaw: Great surprise. But is it satire? I know the 808 is conceptually sound, but I think its colour is out of balance with the rest of the layers. With the same beat on a 606 or a Machinedrum this could genuinely be ‘a thing’, you know. Like, ‘ash cloud rap’, or something. (7)

Brad Rose: Andy Stott has barely put a foot wrong over the last three or four years. And while I can’t say I’ve had as many repeated listens of all Miles’ various works, Demdike or solo, it’s hard to deny he hasn’t been on a hot streak as well. So new tunes of the two of them teamed up should be welcomed by everyone, right? Well, this is good, but it’s not amazing, either. The bass grumbling and ’80s soap opera vibe the synth lead drips with are a perfect combination, but the vocal samples detract from how good the actual music is if anything. Still, massive promise if their long-rumored full-length finally happens this year and that’s good news. (7)

Sophie Kindreich: This could be from Hudson’s Heeters, which is the kind of thing I wish Hudson Mohawke was still making. The way the bass crumbles at the 40 second mark is devastating – I was gonna give this a much lower mark before I put headphones on. Not gonna lie though, hearing this just made me go back and listen to ‘Ever Since You Came Down’ a dozen times. (8)

Joe Muggs: Yes yes, dear god yes. Give me a strobelight and a dark corner of a horrible warehouse surrounded by people with gargoyle faces and this, and I will be obliteratingly happy for ever. TKO. (10)