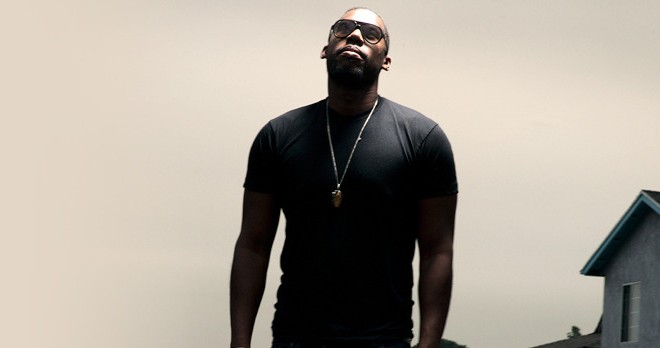 Brainfeeder boss also wants to work with Brian May.

Flying Lotus has given away a glut of tidbits about current and future projects in an impromptu Q&A session on Twitter, telling fans that he’s about to start mixing his new album.

Revealing that he’s been listening to Queen, Pink Floyd, King Crimson, Actress, Matthewdavid and Beak, the L.A. producer said the new record would “absolutely” be “heavy on prog vibes”, as one Twitter user asked. He even fancies working with Queen guitarist Brian May, he told another.

FlyLo also hinted at plans for more material from his Captain Murphy rap alter ego (“soon as all the elements are in place. There’s a plan”) and a bunch of potential collaborations, including an EP with James Blake (“I made an made an effort to make it happen. It’s on him) and a more pie-in-the-sky desire to work with Bjork (“when she calls me”).

Sadly, the songs he worked on with TDE rapper ScHoolboy Q are unlikely to see the light the day (“doubt it”).

Elsewhere he revealed the frequency of his lucid dreams (once of twice a month), his favourite Charles Mingus record (The Black Saint and the Sinner Lady) and a tip for anyone who finds Ableton confusing: “it did the same to me for months till I HAD to learn it. Keep on it!”

“@TheStankDaddy: @flyinglotus you and james blake need to make an EP together please”>>I kno, i made an effort to make it happen.It’s on him

Right now FlyLo is at the Sundance Film Festival in connection with the score he created for indie film Imperial Dreams. Last month he gave away a bumper mp3 bundle of IDEAS+DRAFTS+LOOPS.