“I put more effort into clipping my fingernails last night”: Actress, Disclosure and more reviewed in the FACT Singles Club 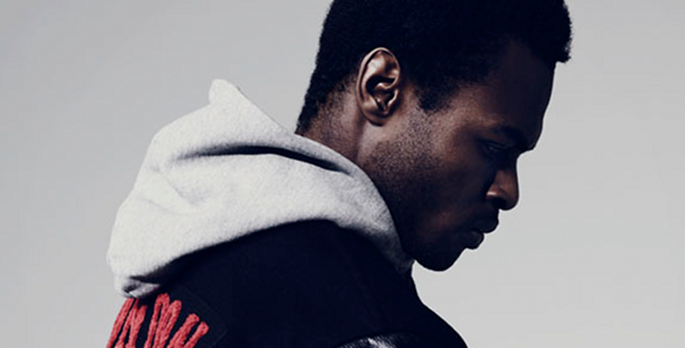 With the way individual tracks are now consumed, the idea of what constitutes a single has shifted dramatically in the last half a decade, and its for this reason that the songs reviewed across the next pages are a combination of 12″ vinyl releases, mixtape cuts, Soundcloud uploads and more. All are treated equally – well, most of the time. On the chopping block this week: Actress, Disclosure, Thurston Moore, Willow Smith and more. 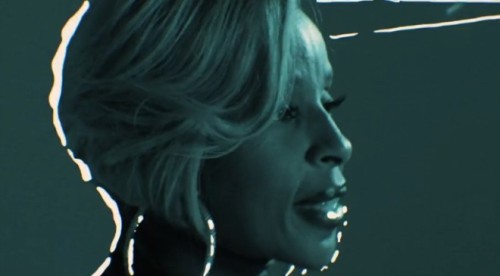 John Twells: There’s something deeply unexciting about Disclosure that’s only mildly alleviated by Mary J. You know when you start playing Monopoly and then realize (usually fairly quickly) that playing Monopoly isn’t actually that gripping? Yeah. (5)

Joe Muggs: As has been well documented already, I am 100% pro this record. Alright, it’s just a little too pristine in places, and obviously it could do with an absolutely banging piano riff – but it’s an absolutely massive top pop smash. (9)

Chal Ravens: It’s easy to be sniffy about antiseptic dance-pop like this, but if it came on the radio while you were stuck in traffic heading to the seaside or on the mini-roundabout into Matalan or something it’d certainly cheer you up for a few minutes. Congratulations to Disclosure, also, for releasing what I believe is the twentieth single off their debut album. (6)

Brad Rose: I can’t stand Disclosure, but I love Mary J Blige, so I’m pretty torn here. She sounds great but, goddamn, Disclosure just makes me want to take a six hour nap. In five years people are going to be so fucking excited about a new boring Disclosure album a la Daft Punk, right? White people eh? I hope Ms. Blige got paid because fuck this shit.  (3)

Josh Hall: I don’t want to be someone who suggests that Disclosure are the great evil, but this is just a bit shit. Mary J Blige is the perfect booking for this, but the live setup in the video still just looks like a teenage Booka Shade. It’s all just a bit embarrassing. (5)

Aimee Cliff: Mary J Blige’s lungfuls of soul are a welcome addition to one of Disclosure’s more subdued tracks. (6) 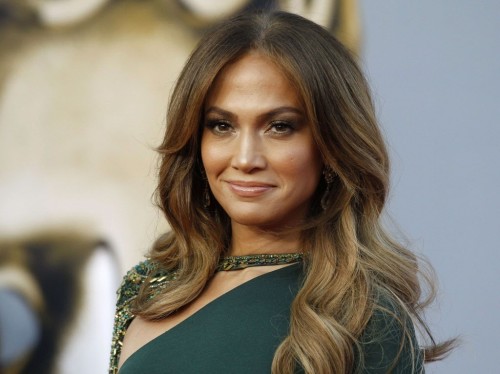 Brad Rose: Okay, J-Lo and DJ Mustard is a combo I did not see coming. After a banner 2013, I hope Mustard gets all the money this year because dude deserves it. Despite being fairly inane, I actually like this. The production is great and had I not known it was J-Lo beforehand I probably wouldn’t have guessed it. DJ Mustard is the star of this show in the end, though.  (6)

John Twells: J-Lo’s best since ‘Jenny From the Block’? I reckon so. It might be cheap to hook up a woozy Mustard beat at this point (even Bieber’s been at it, successfully too) but J-Lo knows how to make it work. Now she just needs to follow up Out of Sight innit. (7)

Aimee Cliff: Proving yet again that Mustard goes well with anything. (7)

Joe Muggs: The Fruityloops preset production wouldn’t be a problem if there was a song. But there isn’t a song. Still, J-Lo gets $1m plus a pop for singing to ex-Soviet kleptocrats, who needs songs? This is crap, though. (3)

Chal Ravens: Someone introduce J-Lo to a defibrillator, please. This is the opposite of ratchet. (3) 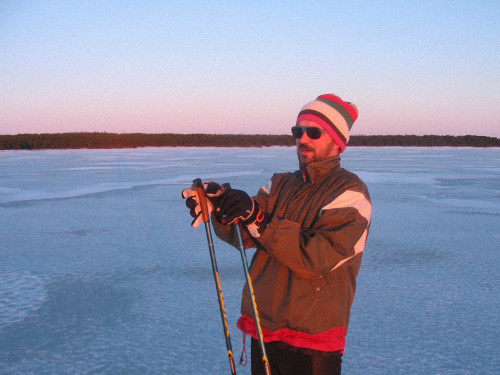 John Twells: These guys know what I like – they can shove their weirdy detuned electronics just about anywhere and I wouldn’t moan. Sitting up next to a cloudy neo-Detroit backdrop, the synthetic bleats and squelches just sounds like they’ve found a perfect home. (7)

Brad Rose: Let me guess… a lot of people are going apeshit over this? It’s alright, but sounds too contrived to really make much of a mark. ‘Rare Birds’ isn’t awful but there’s nothing remarkable going on here. (5)

Josh Hall: Given that we probably won’t have a new DJ Sprinkles record in the next six months, this will do nicely. Beautiful, unpredictable, occasionally atonal house music complements seasonal affective disorder perfectly. (7)

Chal Ravens: This manages to be deliciously weird within very narrow parameters, but I could see it going down very well at one of those fictitious sunrise rave settings that we all imagine a holiday to Ibiza would be like. In actuality I’ll listen to it on the N35, but it retains some special sort of lysergic bliss, I reckon. (7)

Joe Muggs: I’m a sucker for a) OTT tape delay jams and b) A Guy Called Gerald circa ‘Emotion Electric’. This hits both spots perfectly. (8) 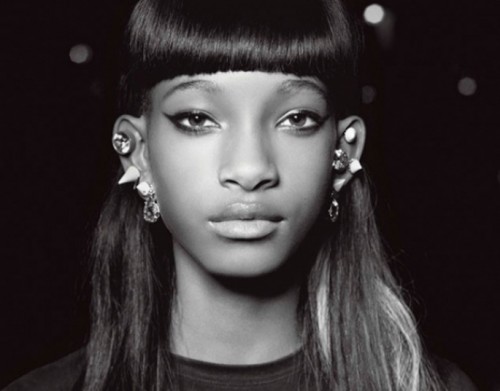 Chal Ravens: Beyond the whole “pretty impressive for a 13-year-old” thing, this is fairly retrograde stuff – Willow’s vocal is a bit scruffy and Jaden’s verse is just awkward-dot-com. Brothers and sisters shouldn’t duet. The tune that marks itself (5)

John Twells: She’s not quite there yet but kudos to Willow for diving head first into the sort of rainbow-drenched psychedelia that Erykah Badu has made her calling card over the last decade. Her vocals might be a little stilted at times, but she’s 13, c’mon. She’s got time to work on it. (6)

Josh Hall: Nice to have a millennial version of Bent’s ‘Private Road’, I guess. (5)

Brad Rose: This is the audio equivalent of ‘After Earth’, yeah? Good paycheck everyone. (3)

Aimee Cliff: Lorde-aping accents and awkward rhyme schemes aside, you’d never know this was made by kids not old enough to smoke the cigarettes they’re singing about. (8)

Joe Muggs: Well, against extraordinarily stiff competition, I think we might have found the most unwelcome rap verse of all time. It was going so well up till that point as well – what were they THINKING? (4) 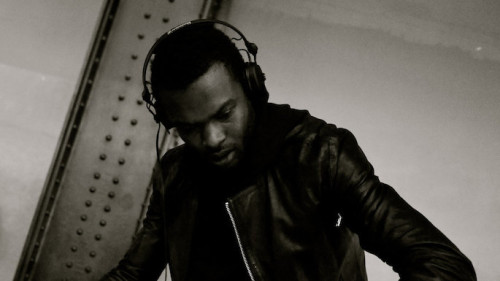 Josh Hall: It is testament to the power of Ghettoville that the record can overcome what is clearly the worst press release of all time. Exhibit A: “The scripts now carry tears, the world has returned to a flattened state, and out through that window, the birds look back into the cage they once inhabited. Spitting flames behind a white wall of silence.” Brilliant. (8)

Brad Rose: Shocking discovery here, but Actress is still pretty much better than everyone. ‘Rap’ is fucken’ GREAT. His last two albums pushed boundaries and showed an artist refusing to rest on his laurels. Ghettoville does that in spades, and ‘Rap’ just tickles me in the all the right ways. Call me a disciple or what-the-fuck-ever at this point.  (7)

John Twells: Darren does screwed ‘n chopped pop? It makes sense really, even more so in the context of Ghettoville where it helps draw a line between the molasses-slow first third of the record and the relatively upbeat (in Actress terms) central run. Grab the album, listen to the whole thing, lose yerself. (8)

Chal Ravens: This is the hypnagogic joke that went round three years ago, so I don’t know if news is slow in Cunningham’s world or if he’s just feeling really sexy lately. It’s very well done, and by ‘done’ I mean sampled and slowed down a bit. Aside from the particulars of this tune though, I’d like to give a Cheryl Cole-style standing O to the man himself. Farewell, Actress. (7)

Joe Muggs: The best tracks on Ghettoville for me are the ones that sound like they’re off one of the Thriller 12″s he did with Lukid. That whole grimly unwell soul loop thing just works. “Illbient” was probably the worst genre name of all time, but if ever any music made the term make sense it’s recent Actress. (7) 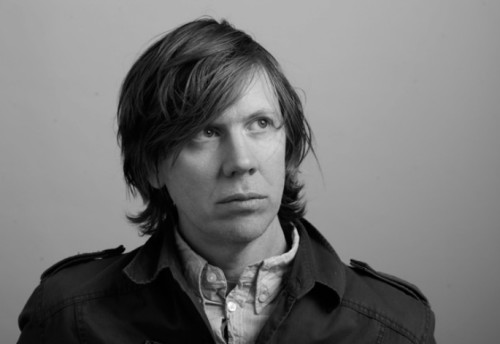 John Twells: Massive surprise – the new Thurston Moore 7” sounds exactly like a Thurston Moore 7”. Thankfully, I, like all good SY fans, don’t really need him to do much else. I’m choosing to ignore the lyrics; it’s easier that way. (7)

Josh Hall: Like a standard issue midlife crisis recorded through a shoe. (4)

Chal Ravens: Doesn’t really fill the Sonic Youth-shaped hole in my heart but errghhhmpf those clashy, dissonant, wide-open guitars slay me every time. Would really benefit from a yelpy female voice coming in mid-way… (6)

Joe Muggs: Did he just say “NIMBY-o-gasm”? I think he did. To be Thurston’s age and still rolling out tracks that John Peel would’ve played is no small thing. Quite silly, but really very impressive. (6)