Macklemore apologises to Kendrick Lamar for Grammy win: “You got robbed” 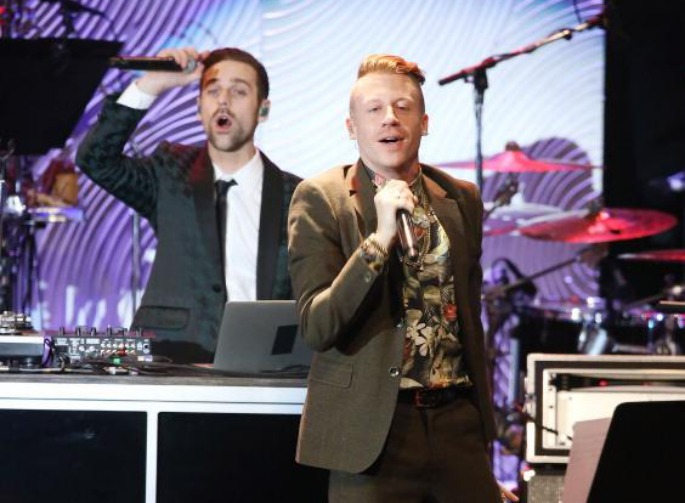 Kendrick Lamar “got robbed” of the award for best rap album at last night’s Grammys, according to winner Macklemore.

The ‘Same Love’ rapper, who performed that track at the ceremony while 33 gay and straight couples were “married” on stage by Queen Latifah, sent a text to K-Dot saying Good Kid m.a.a.d City should have won the prize.

“You got robbed,” he wrote. “I wanted you to win. You should have. It’s weird and sucks that I robbed you. I was gonna say that during the speech then the music started playing during my speech and I froze. Anyway, you know what it is. Congrats on this year and your music. Appreciate you as an artist and a friend. Much love.”

My text to Kendrick after the show. He deserved best rap album… I’m honored and completely blown away to win anything much less 4 Grammys. But in that category, he should have won IMO. And that’s taking nothing away from The Heist. Just giving GKMC it’s proper respect.. With that being said, thank you to the fans. You’re the reason we were on that stage tonight. And to play Same Love on that platform was a career highlight. The greatest honor of all. That’s what this is about. Progress and art. Thank you. #grammys

Earlier in the day Kendrick had sent an upbeat message to Macklemore with the words, “Lets get it bro! wake up call! we worked hard as fuck!”

Watch Kendrick perform a mash-up of ‘M.A.A.D City’ with Imagine Dragons at the ceremony, where he debuted a new guest verse for the radio-rockers’ song ‘Radioactive’, and check out the full list of winners.