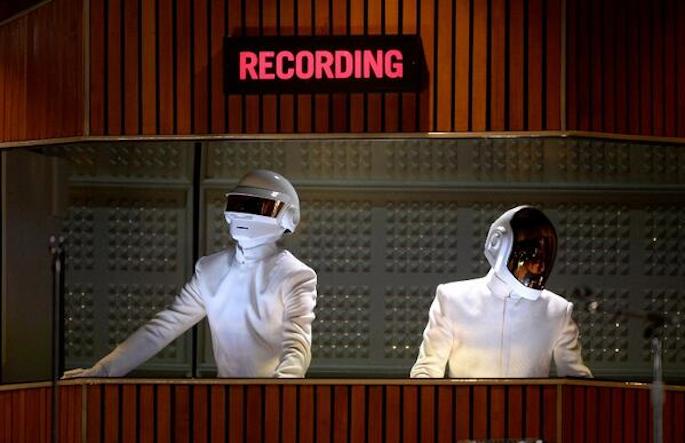 Too much of a good thing?

As promised, Daft Punk was joined on stage by Stevie Wonder, Nile Rodgers, and Pharrell Williams at the Grammy Awards ceremony. Backed by Random Access Memories session musicians on a mock-studio set, the esteemed group performed Daft Punk’s ‘Get Lucky’ (with a bit of ‘Harder, Better, Faster, Stronger’), Chic’s ‘Le Freak’, and Wonder’s ‘Another Star’.

Maybe it was just us, but the medley didn’t quite land (and what happened to those rumored Star Wars helmets?). Watch below and judge for yourself.

Daft Punk have already won four Grammys tonight, with winner of the Album category still to be announced.