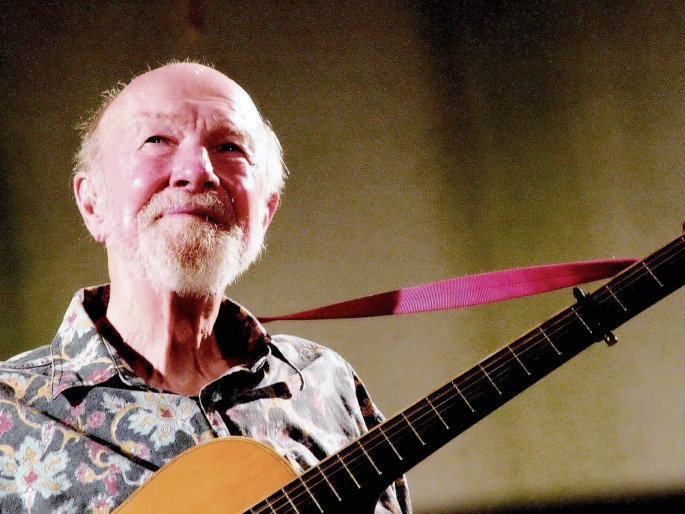 The banjo-playing musician, who played with Woody Guthrie and was a huge influence on the folk revival of the ’50s and ’60s (including on singers Bob Dylan and Joan Baez) was renowned for his topical songs about the labour movement, pacificism and civil rights, including the famous ‘We Shall Overcome’, which he adapted from an old spiritual. Other well-known songs of his include ‘If I Had A Hammer’ and ‘Where Have All The Flowers Gone’.

Seeger’s left-wing politics resulted in him being blacklisted in the heightened anti-communist atmosphere of the 1950s, and he retained his strong political agenda throughout his life. In 2009 he performed Guthrie’s ‘This Land Is Your Land’ at President Obama’s inauguration and included the song’s “forbidden verses”, lines that had been excised over the years for being too politically subversive.

He continued to write and record into his final years, and was a nominee at last Sunday’s Grammy Awards in the spoken word category.

Watch Seeger playing his fretless banjo on The Johnny Cash Show in 1970: