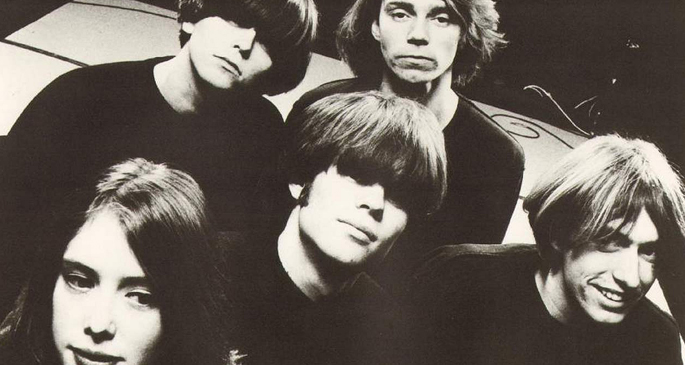 The rumblings have been around for a while now, but today Slowdive have confirmed that the whispers of a reunion aren’t unjustified.

The band took to Twitter to announce an appearance at this year’s Primavera Sound in Barcelona. It will be the first time the band have been together since they split in 1995, and quite rightly there are bound to be expectations. Their official website has flickered to life, listing the Primavera date in a “live” section (suggesting there will be more shows on the way) and offering a teeshirt in the merch section.

Slowdive’s Neil Halstead and Rachel Goswell spoke to The Quietus and clarified things a little, saying that there wasn’t a big paycheck waiting for them, and that the reunion was for “artistic reasons,” revealing that they hope to “get a new record together.”

Halstead joked about the proposed live set, saying it would be “a pretty fair reflection of our career and our hits – or not hits as they were.” Goswell was more eager to shed light on the situation, saying it would be a selection of  “all the old favourites and a couple of different ones. We’re going for the epic.”

Update: Slowdive drummer Simon Scott told FACT today “We are all super thrilled to be back together again after 20 years and can’t wait to get started!” He’s not the only one who’s thrilled, we can assure you.

If you’re not sure where to start with the shoegaze originals, then FACT’s John Twells put together this beginner’s guide featuring 10 of Slowdive’s crucial cuts.