N.A.S.T.Y. Crew’s abandoned website is the best thing on the internet 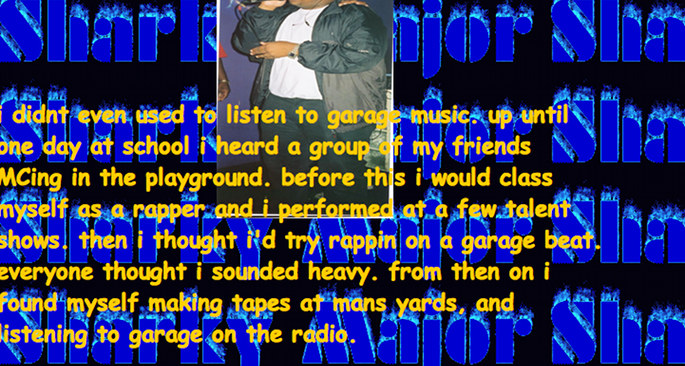 Forgotify was cool, but this truly wins the week’s internet.

N.A.S.T.Y. Crew was, in grime circles at least, a legendary group. At its core were the likes of Kano, Marcus Nasty, Hitman Hyper, Mac 10 and a few others, but every other MC from the period seemed to spend time as a N.A.S.T.Y. affiliate, even Dizzee Rascal.

The grime internet is full of N.A.S.T.Y. mythology, from speculation over the reasons people were chucked out the group to whether certain people were in it in the first place. It’s kind of like grime’s Wu Tang, except hyper-localised and with a Deuce Magazine mix CD as the group’s 36 Chambers. And cheaper Kung Fu samples.

As FACT’s Dan Hancox points out on Twitter (via Slackk), despite being abandoned long ago the N.A.S.T.Y. website is still live, complete with a guestbook, fans forum and calendar (which, alas, doesn’t work). Here’s why we’ve spent all morning on it.

01. It’s an amazing throwback to the age of GeoCities and Angelfire and a more innocent period where websites thought that Comic Sans was OK. It’s grime’s equivalent of the Space Jam site, and for that it should be treasured.

02. It’s also a document of a more innocent age of grime – before MCs were throwing their careers away for major label advances, buying Twitter followers and, you know, doing this. Look at the bios!

03. For N.A.S.T.Y. nerds, there’s a ton of interesting tidbits about the crew. Again, it’s all in the bios.

04. It has a forum, which hasn’t been posted in since 2006. It’s basically the unloved step-brother of the RWD and Rinse forums, and features threads like “WOT ORDER WOULD U PUT NASTY CREW IN FROM DA BEST TO DA SHITEST”, “I HEARD DAT MARCUS NASTY BEAT UP KANO AN HIS MUM, AN ASKED KANO 4 A HUNDRED GRAND AN KANO SAID NO DATS WHY” and “WHICH MANNERS HAVE THE BUFFEST YATZ”. Even better, in that last thread there’s a post from Bruza (!), which claims that “the following places r slaking for gash:Beckton, Eastham, Mannor Park, Stratford, Canning town…. Belive me i live around there.”

05. It has a Hall of Fame section, with all these flyers.

Check it out here.