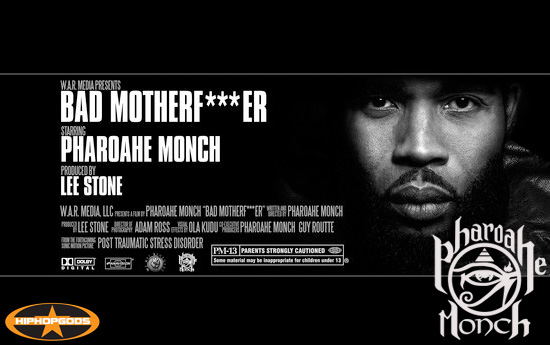 New York rapper Pharoahe Monch is returning in 2014 with his fourth solo album, PTSD (Post Traumatic Stress Disorder). The album is described as:

a new concept project which finds the ground-breaking emcee tackling PTSD; a severe anxiety disorder that can develop after exposure to any event that results in psychological trauma. Throughout the duration of the LP, Monch narrates as an independent artist weary from the war against the industry machine and through the struggle of the black male experience in America.

PTSD is due out via W.A.R Media later this year and features appearances from The Roots’ Black Thought, Talib Kweli, Stones Throw’s The Stepkids and production from Marco Polo, Lee Stone and Quelle Chris among others.

Monch came to fame as part of legendary duo Organised Konfusion with Prince Po. Their three albums set new standards in New York rap and Monch continued his underground ascendance throughout the decade as part of indie powerhouse Rawkus.

‘Bad Motherf***er’ features a stomping production from Lee Stone and a perfectly executed Louis C.K reference from a rapper that still sounds as hungry as he did coming up.