The new sounds of the Motor City: five artists FACT met in Detroit 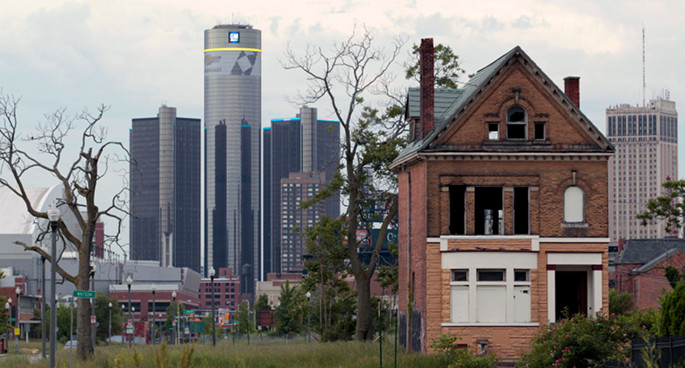 I came to Detroit last December for 10 days, looking for hip hop stories.

Like all journeys worth making, I found more than I’d set out to. I met hip hop and techno legends, unknown local heroes and discovered a wide range of artists and people who showed me the city’s divisions, its potential and its artistic wealth.

It’d be easy to write about Detroit’s bankruptcy, its empty houses or its ghostly city centre where police are hardly seen. But that’s not quite the Detroit I found. On the surface sure, the city fulfilled every preconception I had before landing, but soon enough I realised that beneath the veneer of social disaster lay a city that held so much potential it made my head hurt thinking about it. And it’s that potential that seems to attract, and keep, certain artists in the city, be they natives or from nearby areas.

During my trip (some of which was also spent in nearby Ann Arbor) I tried to immerse myself as much as one can after coming in from the cold (pun somewhat intended). I saw a glimpse of Detroit’s resilient party spirit, people gathering in the sort of temporary venues that London or Berlin once used to boast, and I met artists – some established, others upcoming and a few grizzled by the years – who highlighted just how rich the city’s sonic landscape is today. Detroit is a city of possibilities, and many are seizing this potential right from its heart.

The following list was originally devised while in town, high off the energy I found and the ideas that were floating around my head. What follows are five acts I met during my stay in Detroit, with some stories and insights into who they are today. 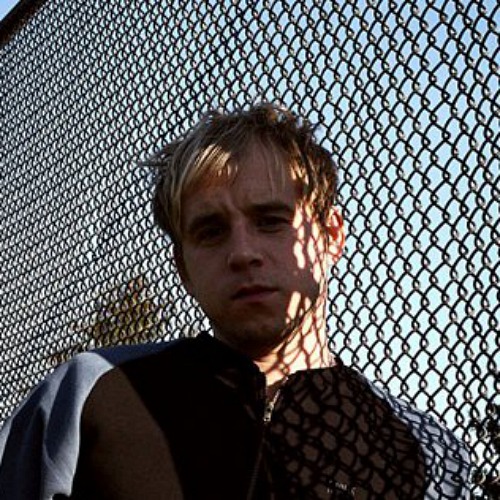 I met Chrissy, a.k.a. Coyote Clean Up or Ice Cold Chrissy, at Astro Coffee on Michigan Ave. My hosts introduced me to the unassuming producer and he quickly offered to meet me for a chat before taking me to local record shop People’s Records and driving me around the eerie landscape of his Corktown neighbourhood and showing me around his home.

Chrissy explained how he came of age in the suburbs of Detroit, following some time in Cleveland. In high school he befriended a young Jimmy Edgar before being introduced to the world of raves, back when America was undergoing its first raving boom. Pop, hip hop and dance music all made a big impact on him growing up, leading to a body of work that deftly jumps between raw dance-minded productions, melancholic and dreamy pop songs and downtempo beats.

He started releasing music in the late 2000s, before catching the attention of 100% Silk, with whom he’s had two releases now. It’s his Bandcamp that offers the most fascinating insight into his wide-ranging work, including some hypnotic instrumental albums perfect for drifting in and out of consciousness. 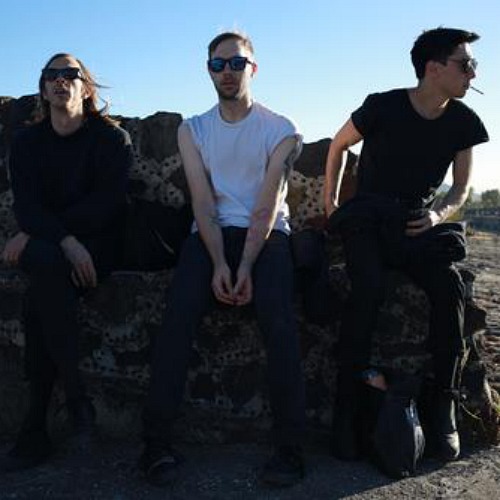 The day I landed in Detroit we drove over to Ann Arbor for the night, narrowly avoiding the first heavy snowfall of the season. Once there I was taken to what I was told was a warehouse party, fully expecting it to be like those I’d experienced in the UK. What I got instead was a warehouse, a disused office block actually, full of live bands and without a kick snare pattern or DJ in sight. The acts were local rock bands of all flavours, the vibe was convivial and the space as inviting as any standard live venue I’ve been to. At the end of the night the booker for the show pointed out that in recent years electronic and hip hop acts had taken over the local venues, pushing bands like these into the spaces I’d come to associate most with electronic music. There’s a bittersweet irony in that tale.

One of the acts I saw that night was Anonymous Touch, a band that features local producer Charles Trees (whom I featured recently on the Bandcamp column and who definitely has a place in this list too) and Ben Saginaw, Ann Arbor native and Detroit resident who makes a mean coffee when he’s not playing bass. Ben has another band project called Ritual Howls, alongside Paul Bancell and Chris Samuels. Their studio space is located in the shadows of the imposing GM downtown structure. They share the space with Ben’s brother, Shigeto, a large room filled with music equipment, books, random pieces of art (another of Ben’s passions) and the usual litter you’d associate with such a space.

Ritual Howls mix a traditional rock band set up with synths and samples. The result is a cavernous take on industrial, goth and other rock stylings. You can check their debut album via Bandcamp and look out for another release this year via the felte label, home to ERAAS, The Tower of Light, PVT and more. 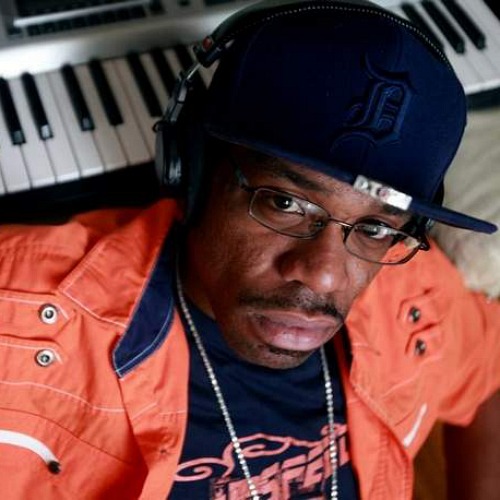 Of all the names on this list, Nick Speed’s arguably had the most success, by mainstream standards, and is a producer who’s been to the top and back again. At the age of four, Speed met then President Ronald Reagan for his accomplishments as Washington DC’s youngest on-air radio personality. The following decades saw him grow into a hip hop producer via the Detroit underground, ultimately working a traditional producer grind to land beats on tracks by 50 Cent and the G-Unit camp, which in turn led to an in-house producer position in the mid 2000s.

Having reached a level most hip hop producers may only dream of, Nick did a 360 of sorts, returning to the D and helping craft the majority of Danny Brown’s Hot Soup. His flip of Model 500’s ‘Night Drive (Thru Babylon)’ for Danny’s local anthem ‘What Up Doe’ would then lead him to connect with Underground Resistance, ultimately taking up residence in the Submerge building for a few years. It’s there that Mike Banks helped Nick put together instrumental releases including the little-known ‘Speed of Sound’ 12” on UR and the Round One EP, which features a collaboration with Banks. In 2013 Speed released his debut album, The Beat Down, via Moodymann’s Mahogany Music after his original plan to re-release Hot Soup was derailed by Brown’s explosion into the mainstream.

Speed’s current studio is located in a street where every house is empty, bar an old people’s home. The studio is on the ground floor of a house that, according to what Banks told me when I met him a few days before our interview, has historical ties to famed Detroit writer Donald Goines. It fits the apocalyptic vision most outsiders have of Detroit, and yet once inside it doesn’t feel very different to most studios, with Speed proving a most accommodating host, sharing stories and music with pride. Having worked the different facets of what a hip hop producer can be today and having tasted the lights of the mainstream and realities of the underground, Nick continues to proudly rep Detroit and energise the local scene. 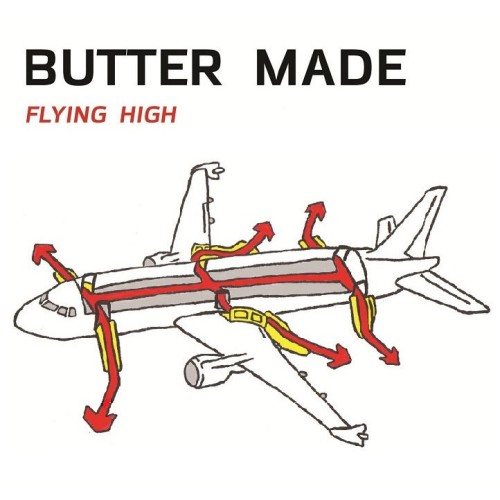 I was introduced to the Butter Made camp by chance. My friend was in town shooting a documentary on the city’s producers and Hugh Whitaker – one of the Butter Made’s producers – was one of his contacts. Whitaker gave us a ride back from Amp Fiddler’s house and put me in touch with two Detroit producers that are rather hard to pin down: Sterling Toles, a historian-like figure who went to school with Waajeed and whose music is as deep as the city’s history, and Ahk, Black Milk’s cousin, a producer and MC involved in Butter Made and who has toured with Slum Village in the past.

Throughout my time in the city Hugh sent me music the camp was working on, a variety of forthcoming projects involving its cast of MCs and producers, while Ahk and Sterling provided fascinating insights into the resilience and humility of the city’s underground. Another producer attached to the camp is Dakim, a Detroit native who’s currently based on the West Coast and has been releasing on Leaving Records.

Butter Made’s output ranges from neck-snapping hip hop to more out there productions, with Dakim providing a perfect example of the latter thanks to his unique blend of hip hop sampledelia and electronic experimentation. The collective have put up a mixtape of some of their work so far showcasing their broad approach to hip hop, including a notable contribution from Baatin, the Slum Village MC who sadly passed away in 2009. Kutmah is a fan. 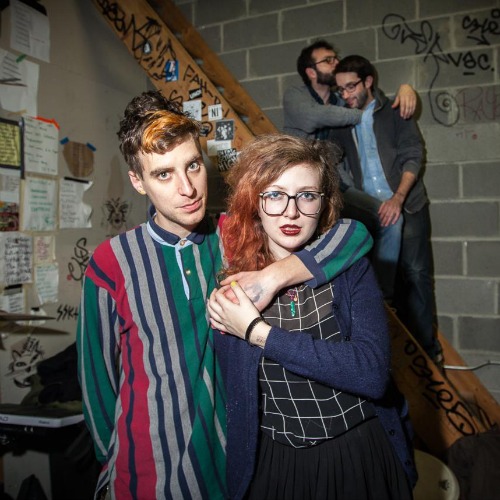 The frontman and producer for Jamaican Queens turned out to be an accidental host of sorts during my stay. A housemate of my actual host, Ryan Spencer introduced me to some local producers and took me to a hip hop jam on my first weekend there. We also spent a lot of time discussing modern music, evolutions and mutations, which is somewhat fitting considering the band’s slightly surreal and twisted blend of dirty south club beats and pop songwriting.

Based out of Detroit, the trio, composed of Spencer, Adam Pressley and Ryan Clancy, released their debut album, Wormfood, last year. They’ve been quietly building a buzz stateside with a lot of touring including dates with Houses and a few European shows. If memory serves me right they’re due for some more European dates next month. I’ve not had a chance to see them live yet but having got to know Ryan over my time in the D, I’d wager the shows are likely as bonkers as the music.