Awkward romance: Cashmere Cat pulls back the curtain on working with LuckyMe and Ludacris 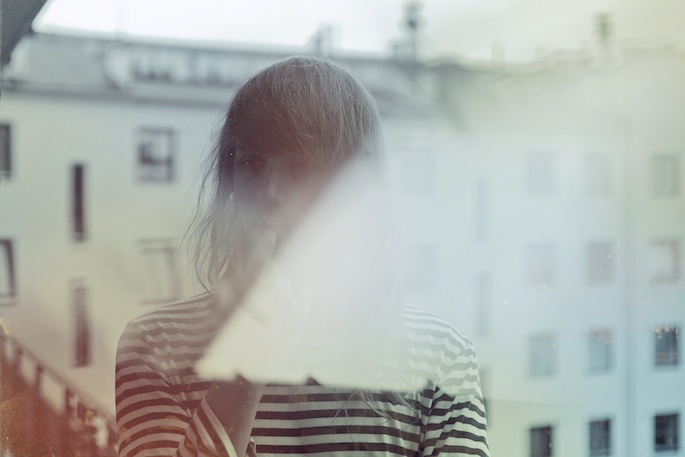 The 26-year-old musician, born Magnus August Høiberg, has come a long way in a short time. He first emerged in late 2011 with a handful of synth-swept remixes, but didn’t really garner attention until a year later, when he shared his woozy, Jersey club-inflected remixes of Lana Del Rey, Jeremih, and 2 Chainz. The similarly-tuned Mirror Maru EP followed (via Belgian club repository Pelican Fly), and he quickly joined a class of dance producers weaned on turn-of-the-century R&B and hip-hop, alongside Ryan Hemsworth and his contemporaries on LuckyMe.

Fast forward to last week, with the release of the ‘Barbie Girl’-interpolating ‘Party Girls’, a track he produced for major label talents Ludacris, Wiz Khalifa, and Jeremih. Not bad for a kid from Halden, Norway (population 29,000), which he describes as a “weird little Norwegian town where we get each trend five years late.” It’s this background with which his early press material toyed, describing him as a “Norwegian forest cat” and replacing his image with hazy selfies of female friends.

Perhaps unintentionally, his anonymity has even gotten him looped in with the group of male producers who have adopted more explicitly-female monikers. “Most people still think I’m a girl, which is kind of cute. [Cashmere Cat] can be a very feminine name, and all my pictures — until a few months ago — were pictures of girls I know,” he says. “When you add everything together with this soft, sweet music, maybe it makes sense for people.”

“Most people still think I’m a girl, which is kind of cute.”

Yet his identity was not some guarded, Zomby-esque secret. Even a few years ago, when he first popped on our radar, it didn’t take much more than a couple Google searches to reveal his “secret past” as a DMC-finalist and electro-house producer known as DJ Final. When I get to this part of the interview, he is aghast in mock horror, joking “oh shit, you know!” Rather than a calculated marketing move, his rebirth as Cashmere Cat was rooted in a desire to move away from turntablism, his first musical love: “Eventually the technical aspect of it overshadowed the music for me, so I started producing and stopped scratching.”

Beyond the digitized precision of Ableton, one thing that sets Cashmere Cat apart from his peers is what seems to be a well-trained hand, with regards to melody and songwriting, but that’s not quite the case. “I took piano lessons; I was a bad student and didn’t practice, but I can play piano if you give me a few hours,” he admits. “I’m not very trained. I went to music school, too, but I didn’t pay attention — I just wanted to stay at home and make my weird sounds.”

A self-described “nerdy hip-hop kid,” his background checks the expected boxes: J Dilla, Madlib, Kanye’s old material, all types of Dipset (“I’m Dipset for life,” he jokes). Buying records for his scratch routines was cost prohibitive, and as his career progressed, it was clear that he’d eventually have to move to the States, which he did last summer. “I’m really excited by rap music, and for me, there’s no other place that makes sense to go other than America.” He’s currently working in Los Angeles, with plans to settle down in New York in a few months.

Since changing continents, Cashmere Cat has quickly racked up an impressive list of collaborators. He puts pop prodigy Benny Blanco at the top of the list. “He changed my life – he’s super dope,” he gushes. “He’s probably the best producer I’ve ever met and worked with, and it’s such a blessing to have him on my team, helping me with everything.” In Blanco — who worked with Spank Rock and Santigold before hooking up with Dr. Luke and crafting hits for Katy Perry, Maroon 5, and Kesha — he also has a model for his career. “I’ll work with anyone, as long as it’s a cute song. I’m trying not to be close-minded with my music at all.”

“I just wanted to stay at home and make my weird sounds.”

And while he’s been in the studio with Juicy J and DJ Mustard, not all of Cashmere Cat’s collaborations are aiming for rap radio. He has also worked with Tri Angle producer Holy Other; the sessions might result in an EP. “The Holy Other album and EP really changed how I looked music,” he says. “Getting in the studio with him and getting to make my perfect Holy Other song was incredible.”

Aside from the impressive list of studio team-ups, he’s most excited for his Wedding Bells EP, due out on February 10/11 via LuckyMe. It’s his most fully-realized music yet, with lush melodies, club-ready percussion, and most importantly, a real sense of narrative and pacing. It seems that his musical growth has gone hand-in-hand with personal growth: he’s become more comfortable with his music being “very awkwardly romantic and over-the-top romantic,” just as he’s become more comfortable with himself, especially where the personal and professional collide. He’s now featured in (some of) his press photos, and he recently started putting pictures of himself on Instagram (“It felt very weird.”).

“When I started my project, I didn’t know where it was going or what I wanted to do,” he admits, “but as I’m learning about myself, what my music stands for, and what I want to do with it, I’m revealing more parts about myself and starting to be less anonymous.”