“If Rustie fell in love with a Japanese sex pillow…”: Lana Del Rey, Wen and more reviewed in the FACT Singles Club 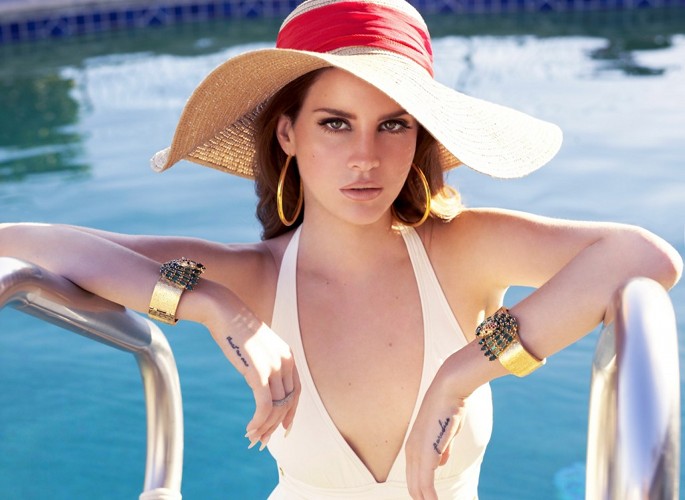 With the way individual tracks are now consumed, the idea of what constitutes a single has shifted dramatically in the last half a decade, and its for this reason that the songs reviewed across the next pages are a combination of 12″ vinyl releases, mixtape cuts, Soundcloud uploads and more. All are treated equally – well, most of the time. On the chopping block this week: Lana Del Rey, Cam’ron, Wen, Future, AWE, and more. 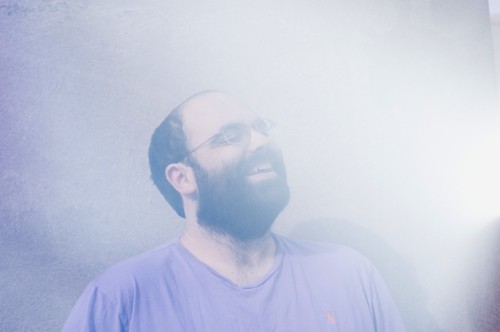 Joe Muggs: Sounds like someone’s switched on the Susumu Yokota algorithm then turned all the settings up to max. Lovely stuff. (7)

Sophie Kindreich: People have been talking this up all week but I just don’t get what the fuss is about. It reminds me both of Four Tet at the heights of his ambient plink-plonk and of Pantha Du Prince’s Black Noise. Neither of those are good reference points coming from me given the former bores me to tears and the latter gives me very visceral flashbacks to being sixteen, when I rinsed that album. It sounds pretty but I’d survive if I never heard this again. (4)

Josh Hall: Trilogy Tapes are having an especially fantastic couple of months. The Theo Parrish 12” felt like a real event, and the forthcoming bits from Minor Science and A Made Up Sound promise to be great. This Max D track is especially lovely, though, and puts me in mind of the KWC 92 record on L.I.E.S. from last year, at least in feel if not in approach. (8) 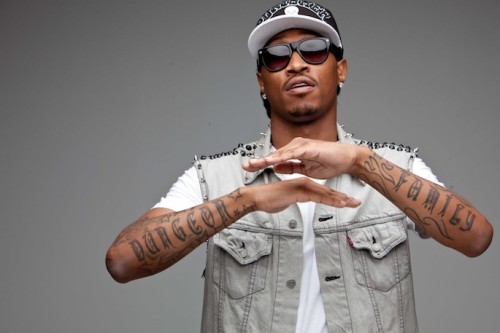 Josh Hall: This is entertaining enough until he goes for the big Beyonce emotive higher register, at which point it comes crashing down pretty quick. (5)

John Twells: We deserved it, and we got it. Okay, so it might not be quite as silky as Bey’s original, but fuck – we’ve got Future (a massive plus) and no Jay Z (a second big plus). It’s heartbreaking stuff, and makes Angel Haze’s embarrassing cover more pointless than it was already. Now where’s Honest? (7)

Chris Kelly: Everyone’s been obsessed with Young Thug as of late (for good reason), but let this act as a reminder: Future runs Atlanta. (7)

Joe Muggs: It’s a bit all over the place, isn’t it? I could have quite happily kept listening for another five minutes or more if it kept drifting smackily along like it does in the first half, but it just started lurching around and getting a bit confused. Nice, though. (6)

Sophie Kindreich: My favourite rapper took on my favourite track from the Beyoncé album and I’m struggling to convey just how much I’m here for it. It’s all the little details that make this – the way he sounds intoxicated by how sprung he is, slurring his way through the second verse; the way he ad libs Bobby V’s ‘Mrs Officer’ sirens; the sound effects after “fucking in my gold chains”. “Fuck them bands, girl, me and you going for a million, and a billion” is very sweet and reminds me of Tink’s recent ‘Money Ova Everything’, which expressed a similar sentiment. Nothing quite lives up to Bey going in with the 2 Chainz-isms, but on the other hand it’s great to have a version that doesn’t include Jay cornballing his way through a verse that includes a questionable reference to domestic violence. (10) 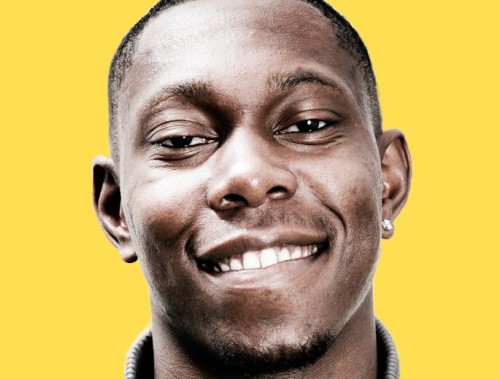 John Twells: Wen’s skeletal throwback beats take me back to a time when dubstep was still mostly enjoyed by a handful of shaven-headed lads in hoods nodding their heads very slowly while standing in a dimly lit side room. It’s refreshing actually, and pulls Dizzee’s crushing original into brave new territory. (7)

Chris Kelly: A year after it first surfaced and it still sounds box-fresh. Keysound killing it. (8)

Josh Hall: This is obviously excellent. There’s a really nice continuity here with Commotion, which was also so brilliantly full of disembodied, neatly sliced grime vocals. This is just as exciting as that EP for my money. The Wen album has got to be high on the list of ‘most anticipated for 2014’. (8)

Sophie Kindreich: I’m not mad at this, per se, but I don’t really see what it brings to the table that the original doesn’t. Those stabs of bass sound straight evil on a good rig, though. (6)

Joe Muggs: Keysound just seems to find its stride more and more, and this perfectly fits with the expensive grime vibe of the Logos stuff… It seems a bit churlish to suggest that someone sampling Dizzee should leave out the “hoe” stuff but it does just momentarily occasionally conjure images of “uni lads” doing gun fingers. Mostly I can ignore it though because music is pretty faultless. (8) 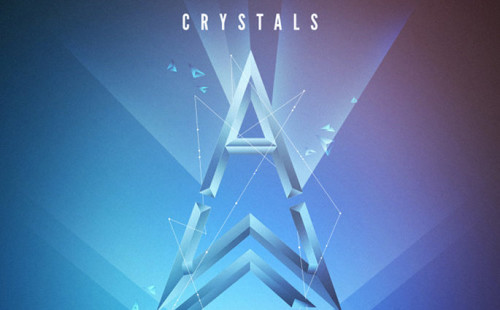 John Twells: I’ve been waiting for this one to drop properly for ages – it’s just jubilant isn’t it? Like a pouring yerself a bowl of Frosties and finding out that they’ve filled the box with free toys and left out the cereal. If Rustie fell in love with a Japanese sex pillow I’m guessing he’d start to sound a bit like this. (8)

Chris Kelly: One day I’ll tire of Glass Swords-indebted video game soundtracks, but today is not that day. Did run out of steam by the end, though. (6)

Joe Muggs: Totally get and like what Plastician is doing with Terrorhythm and his DJ sets recently – it’s lively, it’s buzzy, it provides a clever side-step for someone who plays high energy sets but wants to step aside from being locked into dubstep and grime. This one is kind of like a pop Rustie, and that’s no bad thing to be. (6) 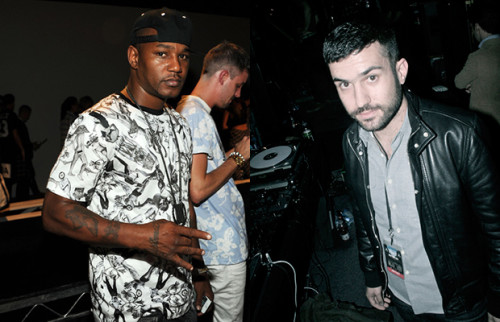 John Twells: Yeah yeah yeah, Cam’ron’s back and he doesn’t sound quite as bored as he has done elsewhere recently. I’m just struggling to care. It’s like Friends is still on the air and people are still eagerly anticipating the arrival of the iPod mini. Why exactly would I ever play this again? (5)

Sophie Kindreich: From the ‘Take ‘Em To Church’ reference to A-Trak’s Heatmakerz-biting beat to the artwork’s depiction of Cam in his Grammys mink, ‘Humphrey’ has both feet planted shamelessly in 2003 – not that I mind when the production wouldn’t sound out of its depth on Come Home With Me. Cam sounds like he’s having a good time but the inventive wordplay that carried Ghetto Heaven through its weaker moments is missing from his lyrics. (7) 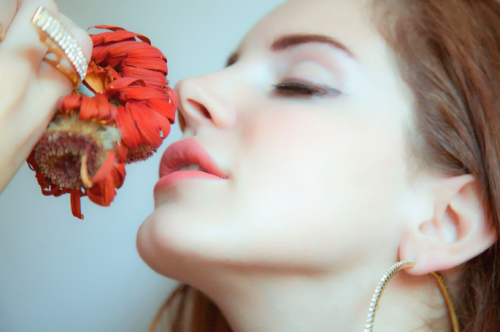 Lana Del Rey – ‘Once Upon A Dream’

Josh Hall: Lana Del Rey seems to simultaneously have an excruciating level of self-awareness and none at all. She goes for the crudest signifiers of this ridiculously confected aesthetic that she’s built, as if a Disney soundtrack isn’t the most blindingly obvious thing she could possibly do. The schtick was wearing thin before it even started. (4)

Sophie Kindreich: Just when I thought Lana Del Rey couldn’t be any more of a Manic Pixie Dream Girl, she goes and records a song for a film-noir-meets-Tim-Burton spin on a Disney film. Lana sounds great but this is an Oscar bait song for an Oscar bait film. (4)

Joe Muggs: I’m a recent convert to LDR – in fact I’ve totally eaten my words regarding her talent. I still think the backing is a bit leaden on some of her stuff, but the songwriting and the character of her voice easily transcend a bit of lame neo trip-hop plodding. And her delivery IS great, here as much as anywhere. She should team up with that other great Disney interpreter, Tom Waits. (6)

Chris Kelly: The musical equivalent of that horror flick shot guerrilla-style in Disney World. I would listen to an album of Lana-does-Disney covers in a heartbeat. (9) 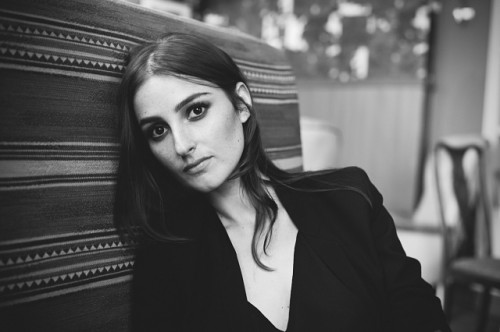 John Twells: I’m not totally sold on Banks’ husky vocal but Shlohmo pulls it together yet again sounding as if he produces his tunes surrounded by busted strip lights in the back room of an empty strip club. (6)

Sophie Kindreich: This beat sounds like a recalibrated version of ‘Bo Peep (Do U Right)’ – only less sex-intensive, more subdued and drenched in reverb. I can’t really deal with this strain of female r&b – where their voice has that quivering Ellie Goulding quality to it and they rarely get to exhibit a side of themselves that isn’t vulnerable or waif-like – nor the saturation point that its reached. It’s the type of aesthetic that’s tailored exactly for Hemsworth-via-Majestic sad EDM boys; try me again when Banks jumps on something made by Da Internz. (5)

Chris Kelly: And I quote: “But it’s all the same / I could have foreseen / That you would act like you are / Oh so cool you seem / Blending with that scene.” (4)