Sample the funk: 10 legendary samples and the stories behind them 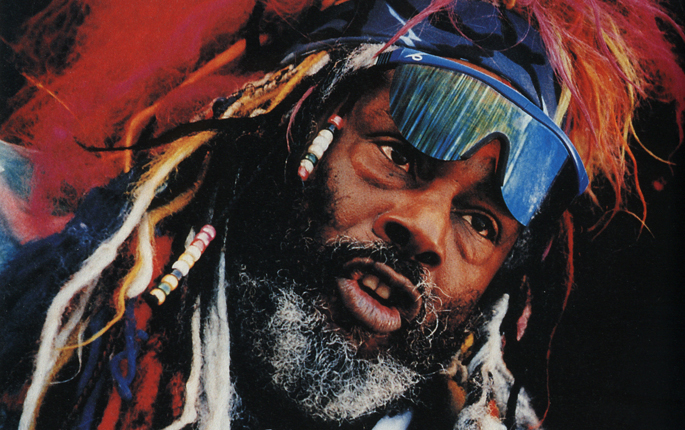 From the time that DJ Kool Herc first stitched soul breakbeats together at a Bronx block party, the sampling of other people’s records has been a source of both creativity and controversy. A sample of a breakbeat, a riff, or a bassline can give a song a second life as a new composition, or in the case of something like the Amen break, whole new genres.

And while you could write a book about The Winstons’ ‘Amen, Brother’, there are countless other samples and breakbeats that have left indelible marks on music, from hip-hop to electronic music and beyond. Here are 10 of our favorites.

It’s hard to believe that one of rap’s most crucial building blocks was fired by pasty German four-piece Kraftwerk, but ‘Numbers’ has proven its importance time and time again. The spiky electro touchstone was featured on Kraftwerk’s popular Computer World full-length, and along with the album’s title track became the unlikely soundtrack for any breakdancers worth their salt back in the early 80s. ‘Numbers’ rose to popularity through airplay on New York’s influential urban radio station WBLS, which managed to bring the futuristic, Germanic sound into the New York streets, helping it reach the ears of a young Afrika Bambaataa, who reinterpreted the beat (rather than simply sampling it) on his breakthrough single ‘Planet Rock’.

In Bob James’ own words, ‘Nautilus’ was simply recorded as “filler.” A “sketchy” piece that James had been “noodling around with” at home, the track was totally ignored at the time as the poppier ‘Feel Like Making Love’ gained traction, thanks to a vocal version from Roberta Flack. ‘Nautilus’ was relegated to lowest billing, and was the last track on Side B of James’ debut solo album One, so it was a massive surprise to James when he realized a generation of producers had even heard it, let alone wanted to sample the track. James is still not quite sure what drew rap beatmakers to his throwaway instrumental, but suggests it may have been the “atmospheric orchestration” and the fact that it had a “simple groove that was easy to loop.” He’s had his fair share of high profile litigation over the last 30 years, but James is “flattered to be a part of hip-hop’s history.”

The Lafeyette Afro Rock Band had to go a long way to become this celebrated. Formed on Long Island in 1970, they left the US after deciding (probably correctly) that the funk scene was too saturated. Saxophonist Leroy Gomez linked up with the band in Paris, writing and producing ‘Hihache’ and playing the sax solo ‘Darkest Light’, both iconic breakbeats and samples, respectively. Gomez would go on be the vocalist for Santa Esmeralda, whose cover of ‘Don’t Let Me Be Misunderstood’ would be a disco hit.

Q’s cover of The Lovin’ Spoonful’s 1966 hit of the same name turns the original’s boundless rock energy into something more befitting long summer days. This one is all about the interplay between Valerie Simpon’s vocals, Eddie Louis’ organ and Dave Grusin’s electric piano, but it would be a footnote in Grusin’s career: he composed the scores for dozens of films (The Graduate, Tootsie, and The Goonies, among them), winning handfuls of Oscars and Grammys for his work.

Bernard Edwards’ bassline and Nile Rodgers’ guitar work — does it get better than this? The best song by the best band of the disco era, the legacy of Chic’s ‘Good Times’ is boundless. Queen’s John Deacon borrowed liberally from ‘Good Times’ when writing ‘Another One Bites the Dust’, and Blondie’s ‘Rapture’ was also partially inspired by the song. Most notably, the song was a favourite of early breakdancers, which would eventually see Fab Five Freddy and the Sugarhill Gang freestyling over the tune live before Sugarhill lifted almost the entire song for ‘Rapper’s Delight’.

Heard in:
Sugarhill Gang, ‘Rapper’s Delight‘ (1979)
Grandmaster Flash, ‘The Adventures of Grandmaster Flash on the Wheels of Steel‘ (1981)
Beats International, ‘Blame It on the Bassline‘ (1990)
Shakira, ‘Loading Video…

‘UFO’ almost never happened at all. Bronx sisters ESG were spotted by notorious Factory Records boss Tony Wilson after performing a show in New York, and were whisked away to Manchester mere days later to record with legendary producer Martin Hannett. Hannett had been booked to record Joy Division, but after lead singer Ian Curtis’ death in 1980, ESG were shuttled into the studio instead to cut what was to become their debut 7” – ‘You’re No Good’. After recording the A side, and B side cut ‘Moody’ (which itself would become a breakout dance hit) there was three minutes left on the reel of tape, so Hannett asked the band if they had anything brief that could fill it, saying “go ahead, knock yourself out.” ‘UFO’ was the result, and its unmistakable siren sound is still being snatched today, much to the band’s chagrin.

By 1984, Billy Squier’s music career had been ruined overnight by the misadvised, overly camp music video to ‘Rock Me Tonight’, but his rap renaissance was already underway. ‘The Big Beat’ was never released as a single, but opened the Boston rocker’s debut album The Tale of the Tape with a few sparse bars of familiar crashing drums. This was the rarest of gifts to any budding hip-hop producer – an unaccompanied rhythm that was heavy enough to sit behind almost any emcee. Like Aerosmith’s ‘Walk This Way’, you didn’t even need to concern yourself with listening to any more of the song. Unlike many of the other artists on the list, it’s believed that Squier (who cleverly retainined control of his publishing rights) has made millions of dollars simply through sampling. “I wouldn’t want to end up in the Rock and Roll Hall of Fame as the ‘Master of Hip-Hop Samples’,” he said last year, “but you take what you can get.”

Although it didn’t reach the heights of later chart-toppers ‘Fire’ and ‘Love Rollercoaster’, the wacky ‘Funky Worm’ was a hit in its own right, topping the US R&B chart in 1973. But forget the silly narrative and “Granny” overdubs — all most people remember is that elastic solo. Thought to be a Moog, it appears that keyboardist Walter “Junie” Morrison actually laid down his solo with an Arp Pro-Soloist, although he would use a Mini-Moog with his next band — Parliament-Funkadelic.

Part of the Holy Trinity of James Brown hip-hop samples, along with ‘Funky Drummer’ and ‘Funky President’, Lynn Collins’ ‘Think (About It)’ stands out because of its versatility. The song, which Brown wrote and produced, contains five breaks — the famous ‘Yeah! Woo!’ alongside three more Brown-ad-libs and an extended hi-hat groove. It’s one of the tracks most sampled since the advent of hip-hop, and it’s especially important in drum-and-bass and Baltimore club music. Plus, it prevented Lynn Collins — nicknamed the “Female Preacher” — from being lost to the history books.

Pulled from George Clinton’s 1982 album Computer Games, ‘Atomic Dog’ did indeed reach no.1 on the U.S. R&B chart, but failed to even crack the top 100 on the pop charts. It was the product of studio trickery and a typically loopy flow from Clinton himself, who told NPR in 2006 that he “just had the word ‘dog,’” and “had to ad lib a lot of it.” This ad lib led to the immortal “Bow wow wow yippy yo yippy yay,” which was described in court in 2009 as being “in terms of iconography, perhaps the functional equivalent of ‘E.T. phone home.” It’s the most sampled cut in the entire P-Funk catalogue, and even though the song itself didn’t go gold, Capitol later told Clinton that ‘Atomic Dog’ “has since helped a lot of artists go platinum.” We’re thinking Snoop might owe him a few sips of Gin ‘n Juice.