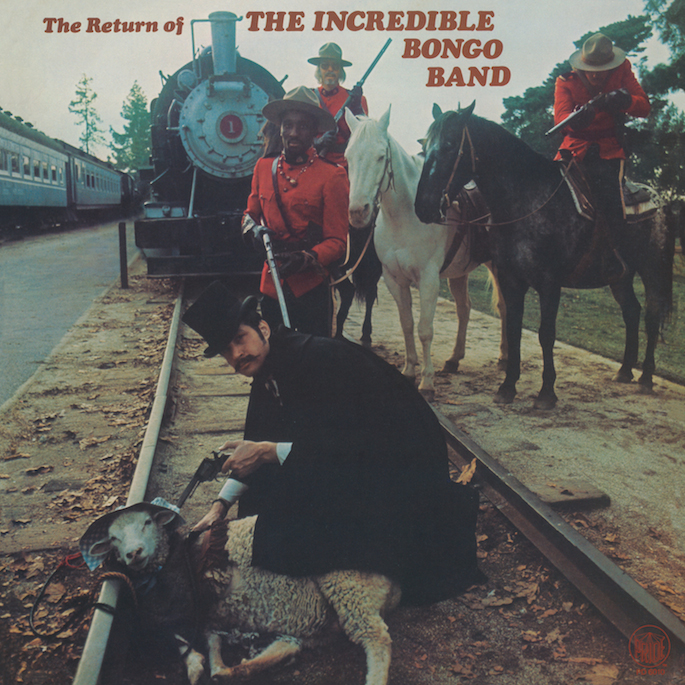 The sources of the quintessential ‘Apache’ and many other crucial samples are properly released for the first time in their 40-year histories.

The Incredible Bongo Band — the studio project of MGM Records exec Michael Viner — released Bongo Rock in 1973 and Return of the Incredible Bongo Band a year later. There never was a real “band”: recorded by anonymous studio musicians (which may have included Ringo Starr), a fake band was assembled for press materials and album art after the music was conceived.

Bongo Rock is best known for an oft-sampled cover of ‘Apache’ that has been described by Kool Herc as “hip-hop’s national anthem;” the title track has also been a frequent source of samples in hip-hop and beyond. Return of the Incredible Bongo Band is less well-known but has been sampled by the likes of Fatboy Slim and Macy Gray.

Mr Bongo Records (in what they were born to do) have reissued both records on heavyweight 180g vinyl with high-quality Japanese sleeves. The releases coincided with that history of sampling video. For more on legendary samples, read our recent feature.