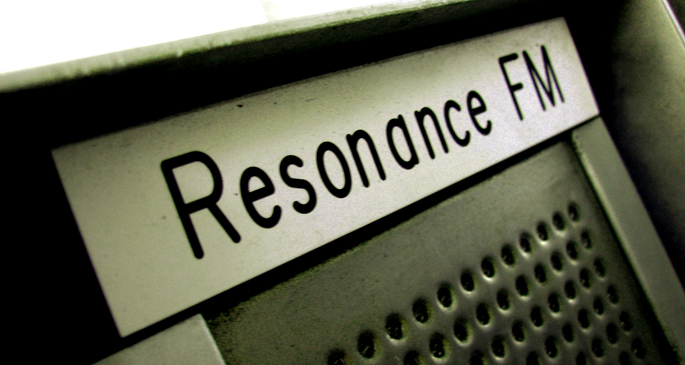 Each year, community arts radio station Resonance FM has a fundraiser to boost the money received from the British Arts Council.

The popular station is still absolutely free to listen to, so the only way it manages to continue operating is from the generous donations it is gifted from the general public. This year’s list of fundraising events is particular enticing, and Resonance have put together a week-long programme of music, lectures and comedy.

Kicking things off on Monday February 10 is a debate entitled “Is Music Journalism in a Critical Condition?” Little Atoms’ Neil Denning, will be joined by Andrew Mueller, Charles Shaar Murray, Jude Rogers and David Stubbs to examine contemporary music criticism and its current status.

On Thursday February 13 at Cafe OTO, Resonance digs into the sound art spectrum with help from Janek Schaefer, Rie Nakajima, Yuri Suzuki and Oscillatorial Binnage. If you prefer your music with a bit more swing, however, you might want to head over to Candela Clapton to catch LV, My Panda Shall Fly, Only Rays, DJ BobaFatt, Rita Maia, Will Ward and Patrick.

There’s a mammoth list of quality programming on show here, so show Resonance FM that you still care and head over here.