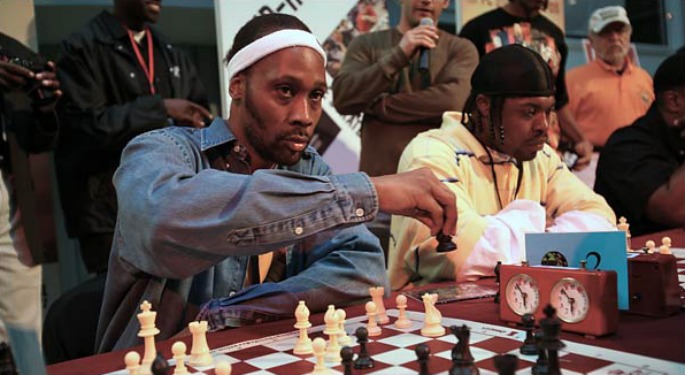 The razor-sharp brain of Wu-Tang Clan’s RZA will attempt to defend his title at the Hip-Hop Chess Federation’s celebrity tournament in Anaheim, California next week.

The games will be held alongside a jiu jitsu tournament with portions of ticket sales going towards HHCF’s after school programmes at schools in South Central Los Angeles.

“I am looking forward to the upcoming chess battle at the HHCF Chess Kings Invitational in Los Angeles. To those knowing I have to defend my belt, get ready to protect ya neck,” was RZA’s soundbite for the occasion.

The event will also feature appearances by Dilated Peoples’ Rakaa Iriscience, Mike Relm, DJ Rob Flow, and Quadir Lateef, plus a presentation on the philosophical connections between chess and jiu jitsu.

RZA’s musical output has been a little out of the ordinary of lately, with the rapper and producer sharing tributes to Nelson Mandela and actor Paul Walker following their deaths last year. Meanwhile, who knows what’s going on with this much-delayed Wu-Tang Clan album – last we heard, RZA was still waiting for Raekwon to record his verses. [via AHH]