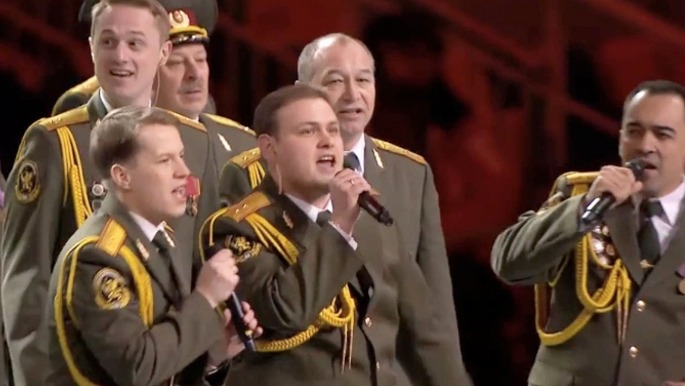 It was mostly amazing, or weird, or weirdly amazing, but prize for most awkward performance of the night has to go to the chirpy Russian police choir, who delivered a rendition of Daft Punk’s enormo-hit ‘Get Lucky’. The bit where they do the robot voices is priceless.

If you haven’t already seen it, we implore you to watch Daft Punk’s Grammys medley performance with Pharrell, Nile Rodgers and Stevie Wonder, then go behind the scenes to see how they created a studio on stage. [via Wired]