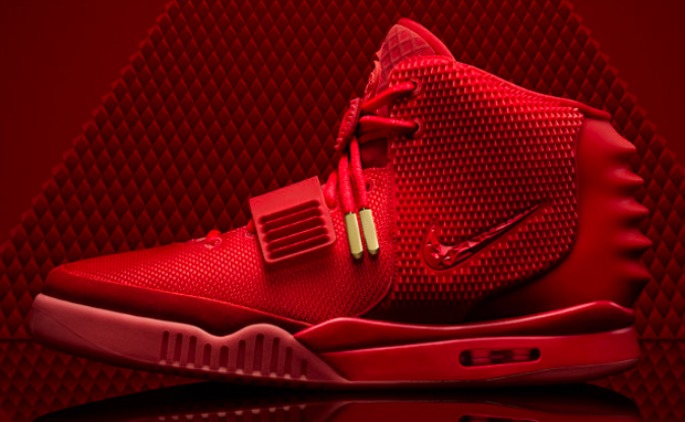 Final and incontrovertible evidence of Kanye West’s status as pop cultural overlord has arrived 10 years to the day after the release of The College Dropout.

Witness Red October, the red version of Nike’s Air Yeezy 2 sneakers. The delays that kept these shoes off the shelves eventually provoked the rapper to sever his ties with the company last year and sign a new deal with Adidas, but yesterday, without any fanfare, Nike released the shoes online and sold out of them within 15 minutes.

Naturally a few have since appeared on eBay, including one pair located in Grays in Essex, of all places. Bids went berserk and have now reached the completely made-up number of £10,000,000.00. Seems unlikely that anyone will actually stump up the cash, but we quite like the idea of the entire bidding process being derailed by silliness, because they are JUST SHOES, after all. Bid now!

In other Kanye news, he’ll be headlining Wireless festival in London and Birmingham this summer with Outkast, Bruno Mars and Drake. [via CoS]