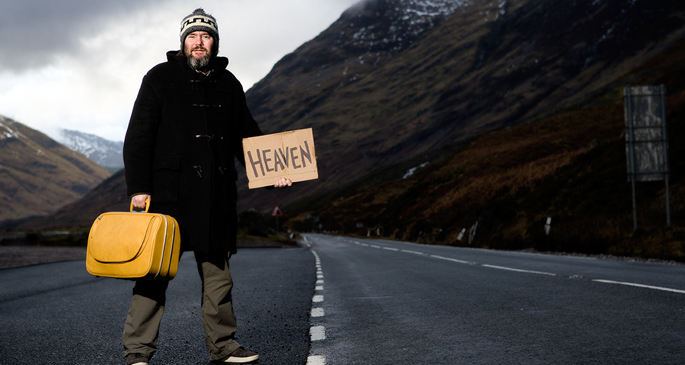 Ex-Arab Strap man Aidan Moffat‘s Scottishness has long been a crucial part of his unmistakable character.

Now the bearded troubadour is set to embark on an exploratory tour of his homeland in an effort to understand exactly what it means to be Scottish, something that has quite some significance with the referendum looming.

The trip has been funded by the Glasgow 2014 Commonwealth Games Cultural Programme, and Moffat will be traveling with award-winning film-maker Paul Fegan in an attempt to fashion a proper documentary out of the events, and it certainly sounds like a series of shows worth documenting.

Moffat won’t simply be hopping from town to town playing the L. Pierre classics, he’s assembled a troupe of like-minded folk adventurers (including The Twilight Sad’s James Graham, Bdy_Prts’ Jenny Reeve and Stevie Jones) to play a céilidh in a number of different locations.

For those of you South of the border, a céilidh is social event that usually involves dancing, drinking and music, so it seems pretty fitting that Moffat would be drawn to the format, and the band will be playing everything from “folk sagas to drinking songs, from bawdy ballads to bruised laments.”

All the shows are free, but you still need to bag yourself a ticket, so head here to sort yourself out.