And this one time… the best Bandcamp releases of the month: February 2014 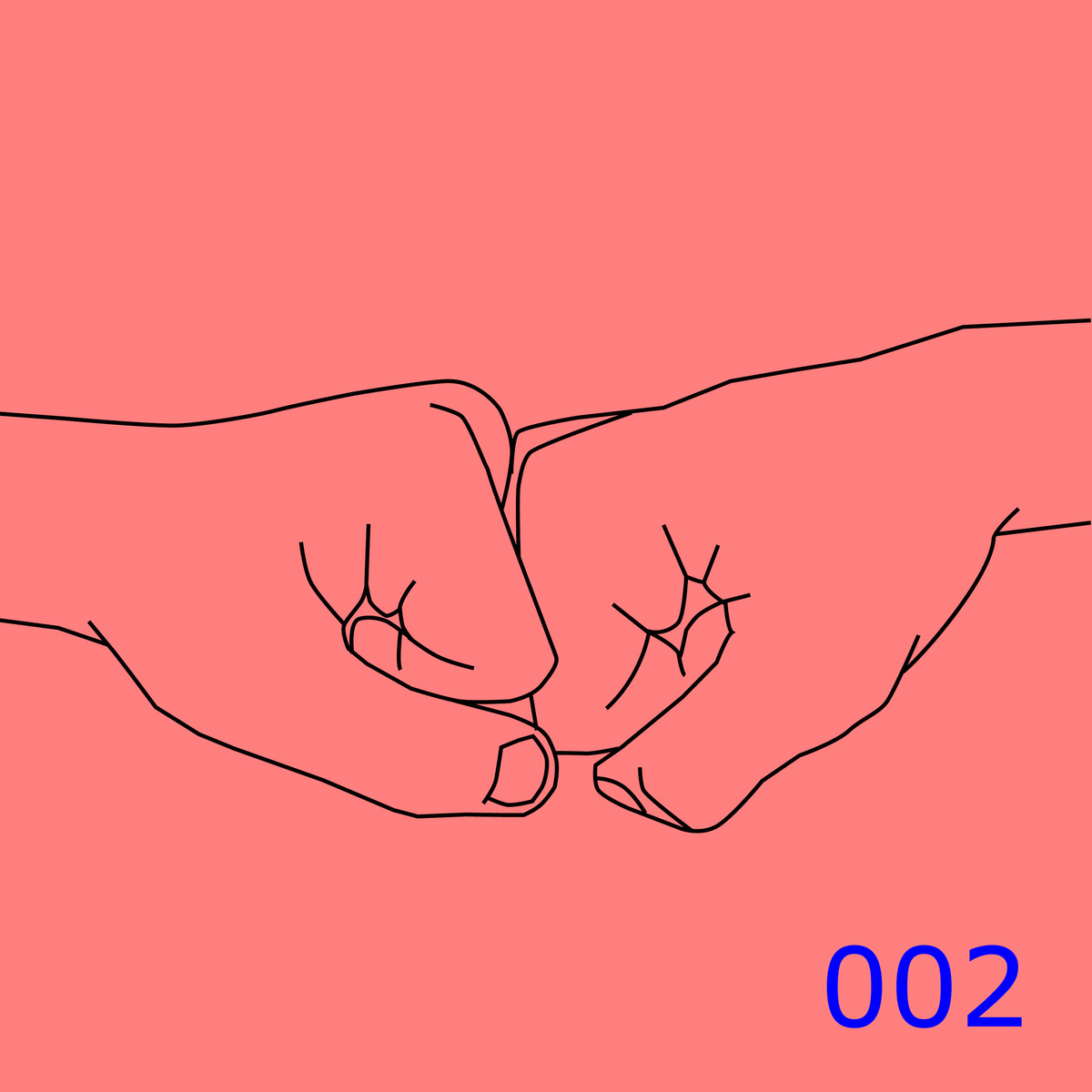 This month’s column comes to you from the road, somewhere in between hotel lobbies in Leipzig, Berlin, London and Paris. “Everyone I know who’s tried to work while on the road hasn’t managed it.” When my friend, an artist I’m tour managing for a month, told me this, it hit me that perhaps I wouldn’t be able to do as much as I’d thought while travelling. Still, you learn by trying, and while I’ve definitely taken some hits, it’s not actually that bad – you just have to be better at time managing.

As such, no long diatribe this month, instead just a few notes. First, life on the road isn’t as glorious as you might think it is. Second, touring really is the lifeblood of the modern artist. In this age where music releases have, at times, become the equivalent of what used to be promotional efforts, touring and performing are the best way for an artist to connect with their audience, to give them what they want and bring them back for more. And last, but certainly not least, the guy who ranted on The Quietus about live music and indie venues earlier last month had a point, one I’ve become increasingly familiar with. Certain promoters and venues, especially in the UK, need to step up their hospitality and professionalism. Touring artists aren’t just here to entertain you, they’re also working and that deserves a modicum of respect. More on all that when I get back.

In the meantime, here’s another monthly Bandcamp selection, taking in gritty distorted drums, dreamy pop and electronica, legendary soul and the ghosts of scratch music. Enjoy.

From the same city that brought us the dirty funk and drums of legendary underground outfit MHE/MRR-ADM (now appropriately known as Dirty Drums) comes a selection of equally tough breaks, distortion and samples.

John Pain is a local San Diego DJ and producer who I’ve known for years, a man with a passion and ear for digging and music that’s led him to craft some of the finest mixes of the 2000s. Fellow Californian Egadz is known for his button pushing skills and chops, and released his latest album in 2013, complete with a self-produced video game.

Sinking Swimmer sees the pair get low and grimy, constructing instrumental songs on rugged rhythmic backbones coloured by fuzz and echo. They smudge the songs with everything from dub to hip hop and electronic, resulting in a heady concoction that stands proudly next to MHE’s finest moments.

One of the tags for this release reads ‘bedroom pop’, and after my first listen through the six tracks that make up Man vs. Indian Man it feels somewhat accurate. Don’t let the bedroom qualifier deceive you, the overall quality of the music is far from amateurish, but there’s something of the bubble-like world of bedroom music making that permeates the gentle pop on offer here.

Floating, dreamy melodies, disembodied vocals, smudges of electronic, ghosts of rhythms all combine to make Man vs. Indian Man a warm winter blanket to wrap yourself in. Fitting as they’re from Michigan.

2013 was a good year for Black Milk, with a new album and audio-visual project as well as touring with his band. He closed things off on Christmas Day with this EP by vocalist Mel, which seemingly came out without making too much of a splash.

Written by the pair and produced by Black Milk, Burning Stones is a four-track EP of modern soul. The music blends Milk’s talent for snapping rhythms with the soulful sensibility of Mel’s voice in a perfect way. Where on his own Milk might bring that soulful vibe via samples, here he lets Mel’s voice carry it off while delivering some of his strongest production work, pulling directly from the aesthetics he explored throughout the year via his album and the new FFC series. Bouncing, synthetic bass lines, syncopated rhythms and hypnotic, versatile singing that tugs at your heart strings.

The first of what is hopefully further collaborations.

The Buddy System Project is a musical experiment originating from Philadelphia and the mind of King Britt, a man who has repped his city and pushed envelopes for over two decades. The concept behind BSP is simple: a collaborative and experimental 3-track release per month with no credits and every three months a compilation of the previous three releases revealing more details on who is involved. The premise is that collaborators are put outside of their comfort zone.

The first two releases in the series certainly seem to show this isn’t simply PR hype. 001 and 002 offer up some of the nicest experimental electronic around, touching on ambient, dance and sampling aesthetics to create sonic worlds that drag you in. The lack of details on who is behind what, sparse artwork and simple tagging (afrofuturism, experimental, otherworldly) allow the music to be the sole focus of attention. And it’s all the better for it. Perfect for those seeking new ways to dream.

Of the young artists I met in London in recent years, Greenwood Sharps has made one of the more lasting impressions. His blend of dreamy, subtle electronic, hip hop and pop sensibilities hits just the right spot. Not one to seek affirmation in public displays of attention grabbing, the young producer keeps quiet and continues to refine his voice and music, having found a sweet spot over the past few years in which he feels most comfortable.

This short four track EP from 2011 is a perfect introduction to his sound, which we’ll hopefully be hearing more of in the coming year.

It’s funny how once something manifests in your life it can start to appear everywhere you look. For some reason, over the past few months scratching and turntablism has made a come back into my reality, appearing in random music conversations and seemingly unexpected places. Case in point: here’s an EP from the UK’s DJ Woody, one of the country’s finest scratch DJs and someone who helped inspire a new generation of bedroom nerds in the early and mid 2000s.

Originally recorded between 2007 and 2009, the three tracks on Vødüm are collaborations between Woody and drummer Clicktrax, best known for his work with the likes of 808 State. Together the Mancunian pair crafted productions that are arguably more relevant today than ever, sitting neatly in between hip hop and dance music grooves. All of which is further proof that the creativity and ideas at the heart of the turntablist scene in the 2000s were an early indicator of where things were headed.

Legendary Detroit producer, singer, musician and songwriter Amp Fiddler has been around the block and back. Finding a rightful home on Bandcamp like so many others, he’s just released a new volume of his Basementality series that includes six new songs dripping with timeless, invigorating soul. Buried deep in the arrangements, melodies and grooves are the ghosts of Motown, standing behind the modern touch that has made Amp one of the city’s brightest, if often unacknowledged, stars. Get your groove on.

STEVE ARRINGTON
This Is A Black Man’s Grind

This month’s tag search was ‘jazz’. I was curious to see what such an obvious tag may throw up. The answer is a shit-lot of things that aren’t necessarily related to jazz. No surprises there then.

Amid all the beat tapes and other jazz-inspired releases are some genuinely great modern jazz releases, and I opted for this single release by legend Steve Arrington, arguably the most famous artist I’ve picked for a tag search for so far. Produced and written by Arrington and Detroit’s Karriem Riggins, the release features two great cuts that celebrate jazz’s rich history and its present diaspora.