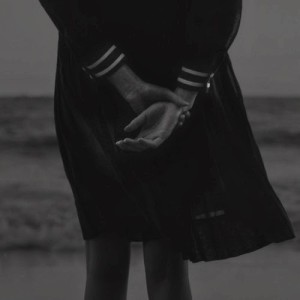 Cashmere Cat is beyond good and evil. As we all know, the rules of cheese are different in Scandinavia and it’s possible for Little Dragon, Lykke Li, Miike Snow, Todd Terje, Trentemøller and Pepe Deluxe to combine outrageous feyness and cuteness with out-there and off-beam sounds in ways that anyone else outside Japan would really struggle to carry off – but even so, CC is on some next level cheese-wrangling.

These four tracks sound, more or less, like Swindle attempting to remake ‘Windowlicker’ as an anime soundtrack. The bass tones are full of distortion and punch you in the gut over and over, the abruptness of the drops and jaggedness of the rhythms is like grime if it was retooled as a weapon by Skynet, the trip-outs of the vocal processing will make you start getting peripheral vision wobbles, and the hooks are the most full-fat, artificial, carcinogenic food colouring-laced MIDI-preset cheese you will come across this year. It makes Rustie sound like Alva Noto.

And is it any good? Well there’s the problem… it genuinely is beyond good and evil. Presumably if you’re very high on party drugs, then it presses every button simultaneously in your pleasure circuits and you spontaneously ejaculate rainbows and My Little Ponies out of the top of your head. In a less fervid state, ‘Pearls’ is the only track of the four I can say, hand on heart, that I actually want to listen to again. It’s the one where all the elements are bound together the most impressively, and which doesn’t keep throwing four-dimensional strobing curveballs at you every 10 seconds. But the whole EP is terrifyingly accomplished, there is sick genius at work in every nanosecond of detail, and it definitely makes you feel like the 21st century as per 20th century sci-fi principles is finally well underway. Whether this is to be encouraged or not is, of course, another matter…