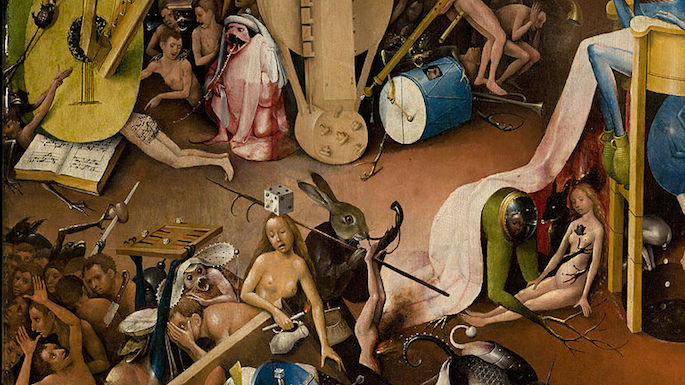 Transcribing the music from the Dutch master’s most famous work.

Here’s an interesting diversion: Hieronymus Bosch’s The Garden of Earthly Delights triptych includes a panel that depicts the damnations of hell. As seen in the detail below, apparently one of the damnations of Hell is having music inscribed on the posterior.

What does Hell sound like? Tumblr user CHAOSKAMPF and a friend decided to decode the music. She writes:

Luke and I were looking at Hieronymus Bosch’s painting The Garden of Earthly Delights and discovered, much to our amusement, music written upon the posterior of one of the many tortured denizens of the rightmost panel of the painting which is intended to represent Hell. I decided to transcribe it into modern notation, assuming the second line of the staff is C, as is common for chants of this era.

As she concludes, “yes this is LITERALLY the 600-years-old butt song from hell.” Listen to the music over on Tumblr. And as pointed out on Twitter, it sounds like the theme music for Top of the Lake (below). 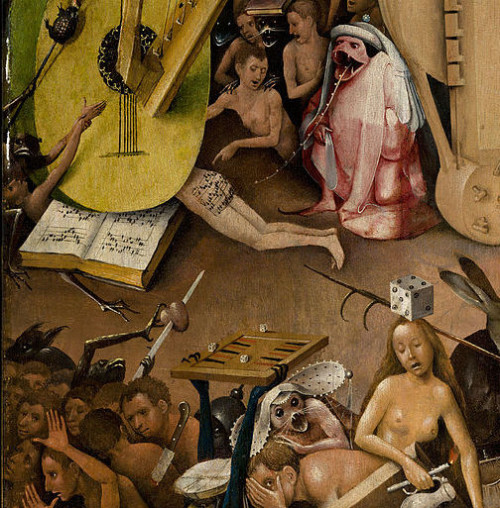