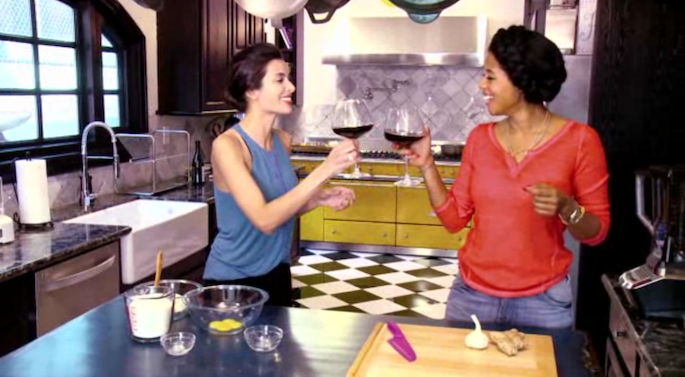 How’s that for marketing?

On April 22, Kelis will release Food on new home Ninja Tune. As the title and song names like ‘Jerk Ribs’, ‘Breakfast’, ‘Fish Fry’, and ‘Biscuits ‘n’ Gravy’ suggest, the album has a culinary theme.

In a pitch-perfect bit of cross-promotion, she’ll host her own cooking show on the Cooking Channel. Saucy and Sweet debuts on February 26 at 8:30pm EST; watch a promo below.

Kelis follows in the footsteps of Coolio, David Lynch and 2 Chainz as artists who have explored their culinary side. Her latest single was just reviewed by the FACT Singles Club.