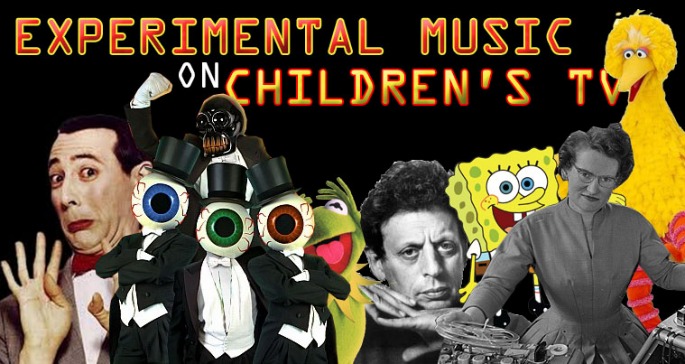 Did you ever hear Philip Glass on Sesame Street?

Okay, you might have done – his ‘Geometry of Circles’ piece, composed for the show in 1979, is a fairly well known example of experimental music on children’s television over the years. But how about The Residents on Pee Wee’s Playhouse, or Thomas Dolby explaining how synthesisers work on The Ghost of Faffner Hall?

Well, they all happened, and now Mike Haley of the Tabs Out cassette podcast has started a genius Tumblr dedicated to archiving these bizarre moments in TV history, as Ad Hoc points out. Among the gems included so far are Herbie Hancock’s appearance on Sesame Street, Devo on Yo Gabba Gabba and Suzanne Ciani demonstrating synths on 3-2-1 Contact.

Judging by the Tumblr’s logo, we can also expect appearances from Daphne Oram and Spongebob Squarepants in the near future.

Watch Philip Glass’ majestic ‘Geometry of Circles’ below and head to Experimental Music on Children’s TV for more.