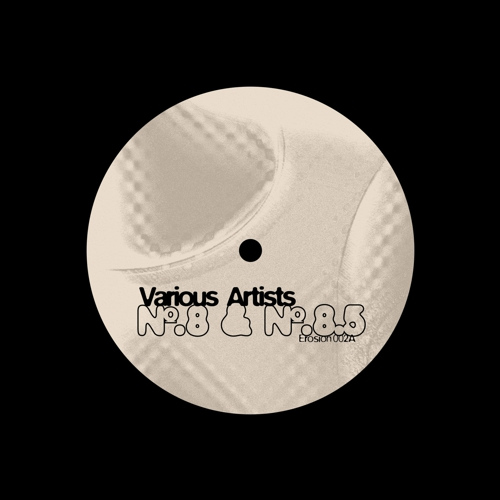 Forgotten Classics is a new weekly feature where we ask FACT contributors and noted diggers from across the spectrum to pick an obscure gem that they think has been unfairly brushed under the carpet and explain why it’s worthy of re-appraisal. This week:

When 8, 8.5, 9 dropped back in 1997 it was actually pretty easy for musicians to work under a veil of anonymity. The internet was popular, certainly, but without omnipresent social media and without camera phones everywhere, it felt as if artists at least had the option to remain in the shadows. This was an option that appealed to German producer Torsten Pröfrock, who worked behind the counter at Berlin techno outpost Hardwax, an operation that was itself shrouded in illuminati-like secrecy.

In 1995, Pröfrock released his first two 12”s: one hand-made limited edition under the Traktor moniker and one larger run as Various Artists, on the Basic Channel-affiliated Chain Reaction imprint. Both were issued without many clues to the artist’s identity, but the Various Artists release stuck out as particularly oblique. With the tracks numbered numerically in sequence, there was less information than you’d expect to find on a home-dubbed TDK D60, and that only added to the excitement.

By the time that record’s follow-up 8, 8.5, 9 emerged in 1997 on the influential Fat Cat imprint (under license from Pröfrock’s own DIN label), Various Artists was assumed to be a Gescom-style catch-all moniker for a plethora of Hardwax-affiliated artists, and there was little or no information to suggest otherwise. This hypothesis seemed to make sense, too, as on this new EP there were only trace elements of its comparatively dancefloor-ready predecessor.

The necessary Berlin 4/4 thump was obscured almost entirely, leaving a thick, reverb-drenched slop of tape hiss, synthesizer stabs and heaving rhythms. The glassy dub influence that revealed itself on Basic Channel’s peerless run of 12”s was right at the surface, and Pröfrock augmented the familiar set of sounds with textures and harmonies that Moritz von Oswald and Mark Ernestus could only dream of. This was, no doubt, the reason the record had been snatched up Fat Cat, a label known more for their excursions into coarse experimental music than Germanic techno, and even today it sounds startlingly unique.

The record was remixed (by Autechre, Pole and more), reissued and repackaged over the next few years, and Pröfrock went on to achieve acclaim as T++ and join Robert Henke as Monolake, but despite this 8, 8.5, 9 has sunk into a strange digital obscurity. It remains difficult to find even if you know what you’re looking for, especially when you consider that search engines don’t have proper track titles to grab hold of. At almost 20 years old, it remains one of the best examples of 1990s electronic music, and most fans of the period probably haven’t even heard it. We’re guessing that’s just how Pröfrock likes it.

Note: above is the artwork of a recent digital reissue, as we couldn’t find the original 12″ art in high res.