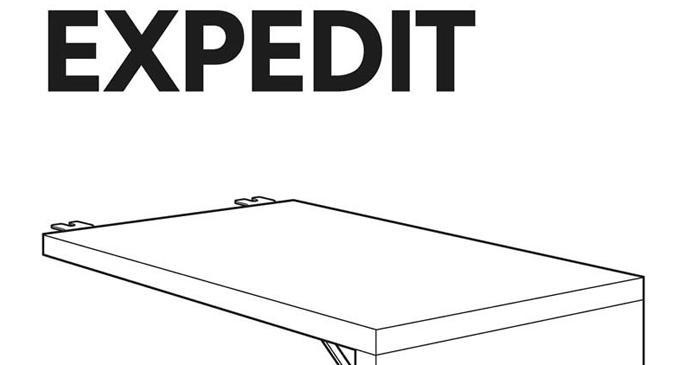 If you collect vinyl and live in the Western world, you’ve probably come across an Expedit.

Hell, if you’re over 30 years old, you’ve probably ended up shaving your knuckles building multiples of the towering matrix of 12″ x 12″ shelves, and they have quite rightly become an extra member of the family for many vinyl junkies the world over.

When Ikea revealed it was to discontinue the popular shelves earlier this week, there was predictable backlash as fans launched angry Tweets, not understanding why Ikea would offer such a death blow to the vinyl community. The Swedish furniture giant talked about a replacement, but what could replace the humble Expedit? It was perfect.

Now Ikea’s Janice Simonsen has spoken to the Huffington Post to clarify the situation, and it looks like the times might not be as dark as we’d all predicted. Simonsen is eager to let the vinyl-buying community know that they’ve not been forgotten, and Expedit’s replacement Kallax will  have “the same internal sizes” and will use “the same internal fittings.”

The Kallax will also sport new child-friendly rounded edges, and Simonsen adds, “I think our customers may be worried that they won’t have the wonderful function and flexibility that they had with EXPEDIT, but this is not the case.”

Whether the Kallax is enough to slake the thirst of record nerds remains to be seen, but it hits shelves on April 1st regardless, and Expedit will continue to be sold while stocks last. We’ll miss you, old friend.