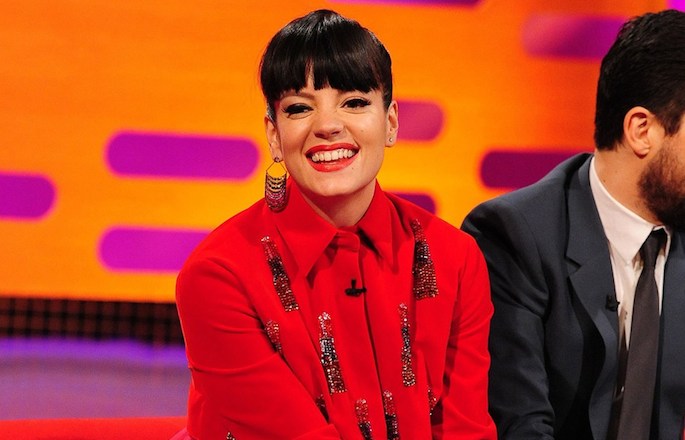 The pop gadfly borrows from Kanye on new record title.

Lily Allen has named her third album Sheezus, which she admitted to Graham Norton was indeed inspired by the title of Kanye’s 2013 masterpiece Yeezus.

“It’s a confident title choice,” she told Norton before performing on his show, “and a little nod to Kanye West.” Kanye hasn’t weighed in yet, but he did produce Common’s Allen-featuring single ‘Drivin’ Me Wild’ way back in 2007. Oh, and there was also this.

Allen’s new single ‘Air Balloon’ is below. Neither that or the controversy-courting ‘Hard Out Here’ fared too well in the FACT Singles Club. [via Glamour]