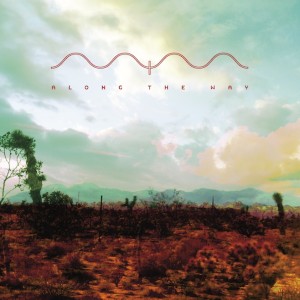 For all that Emeralds were associated with a resurgence in blissed-out, new age vibes, even to the end the Cleveland, Ohio trio still bore traces of the Midwestern noise scene that bore them: a certain sense of sturm und drang. That end came in January 2013, shortly after guitarist Mark McGuire announced his departure from the group, and while we can only speculate the reasons behind his leaving, exposure to his solo output suggested he was finding himself increasingly hamstrung by the Emeralds format, intent on carving out his own path.

Along The Way is McGuire’s first release for a label of the clout of Dead Oceans, but it’s only the latest in a tangled discography that runs to several dozen releases stretching back to around 2006. At the core of his sound is solo guitar, looped and layered, a style you can trace back to Ash Ra Tempel founder Manuel Göttsching, whose 1975 LP Inventions For Electric Guitar made use of a home-built loop machine to craft soundscapes of melodic complexity and tumbling repetition. Here, though, McGuire is extending his brief in several directions, winding in piano and mandolin, breathy vocals and live percussion without dramatically deviating from his essential aesthetic: a washy, watercolour ambience evoking beauty, introspection and peaceful euphoria.

There’s a craft here that’s undeniable.  ‘For The Friendships (Along The Way)’ blooms with the friendly kawaii melodies of a Japanese RPG. ‘The Human Condition (A Song For My Father)’ lilts gently under a home recording of McGuire’s pops kicking about with his buddies. ‘Wonderland Of Living Things’ breaks out the mandolin and hitches it to lush live bass notes and punchy pads, while 12-minute centrepiece ‘The Instinct’ is pure Göttsching worship, its gentle repetitions building towards a blazing neon sunrise.

What isn’t so evident is any real diversity of mood. Surprising, perhaps, because there’s a story here: packaged with the record, some 8,000 words of abstract narrative and philosophical tract that McGuire described to Fader as “a weird, faux-sci-fi novel”. Honestly, it’s difficult to discern this in the music itself, which tends towards the tranquil and serene, suggesting – to me, at least – the feeling rather than thinking.

In retrospect, perhaps some of what intrigued about Emeralds was the sense of three different sensibilities tussling for dominance. Along The Way is, by comparison, a delicate thing, and for all its studied complexity sometimes comes off a touch insubstantial. An insult flung at countless new agers past: but McGuire is certainly more guru than huckster, a young talent still growing in both capability and confidence, and Along The Way offers warm encouragement to quash negativity and salute the sun.