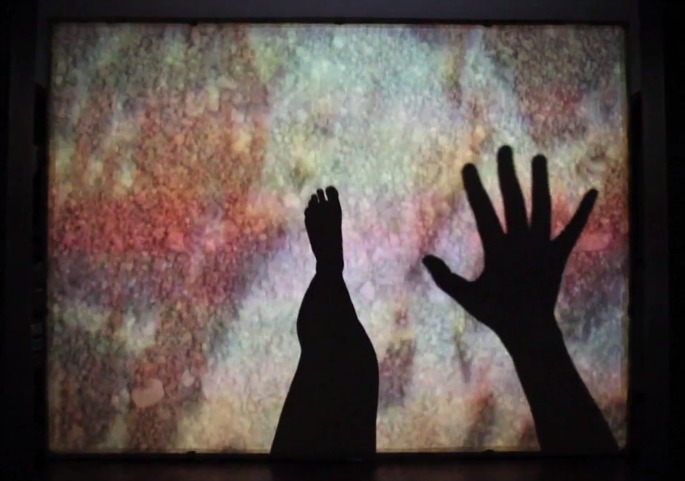 The headline event at this year’s Flatpack Film Festival in Birmingham is a show by LA-based animator and performer Miwa Matreyek titled This World Made Itself, billed as a re-imagining of the history of the earth told through shadow puppetry and digital animation.

As part of the performance, which sees Matreyek jumping into the frame to interact with her own animations, LA beat supremo and Brainfeeder boss Flying Lotus has created an original score to accompany the myth-making tale. Right now there’s no confirmation on whether FlyLo himself will be performing live, but the event will be the UK premiere of his score.

This World Made Itself will be performed on March 27 at the Library of Birmingham’s Studio Theatre, with tickets priced £10 or £7 – head to the Flatpack Film Festival website for more information.

As for his own material, Steven Ellison recently hinted that his next record as Flying Lotus will be “heavy on prog vibes”, while we can expect more material from his Captain Murphy rap alter ego as “soon as all the elements are in place” as well as a bunch of potential collaborations, including an EP with James Blake (“I made an made an effort to make it happen. It’s on him).

See a clip of the perfomance (featuring music by Careful, not FlyLo, in this instance):