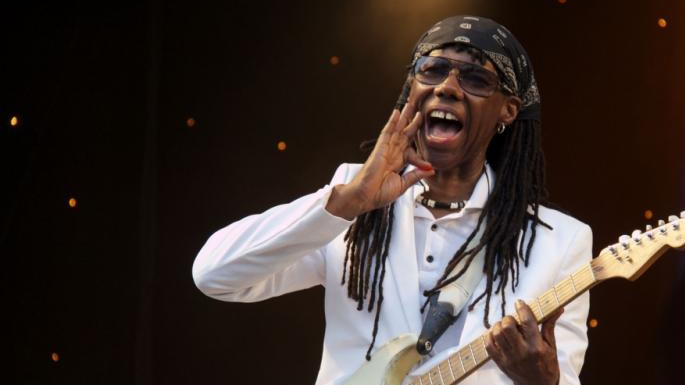 The pop legends will join Beck, Foals and Outkast at the Isle of Wight festival this September, which for 2014 has gone for a ‘Desert Island Disco’ theme.

Rodgers said: “I’m so excited to be back at Bestival, this time in the prestigious Sunday night headliner slot following legends Stevie Wonder and Elton John. Expect an extra special Desert Island Disco set from myself and Chic! Looking forward to seeing you all in September.”

Pony-tailed festival bossman Rob da Bank added: “Ever since I first booked Chic and Nile for Bestival a few years back they have hands down been the best live band we’ve ever had at Bestival and Camp Bestival. And once people start realising how many hits Nile has written and produced for artists ranging from Madonna and David Bowie through to Daft Punk’s ‘Get Lucky’ you realise this is just one huge disco jukebox that is gonna keep firing out the hits all night!”

Other acts on the bill this year include Disclosure, Major Lazer, Caribou and this week’s FACT mixers Wild Beasts.

Bestival takes place from September 4-7 on the Isle of Wight – head to the festival’s website for tickets and more information.

Rodgers has maintained his strong form in recent months, racking up collaborations with Disclosure and Tensnake and delivering a must-watch performance at the Grammys with Pharrell, Stevie Wonder and Daft Punk. [via NME]