The 2 Bears to take over XOYO residency with guests including Four Tet, Henrik Schwarz and Matias Aguayo 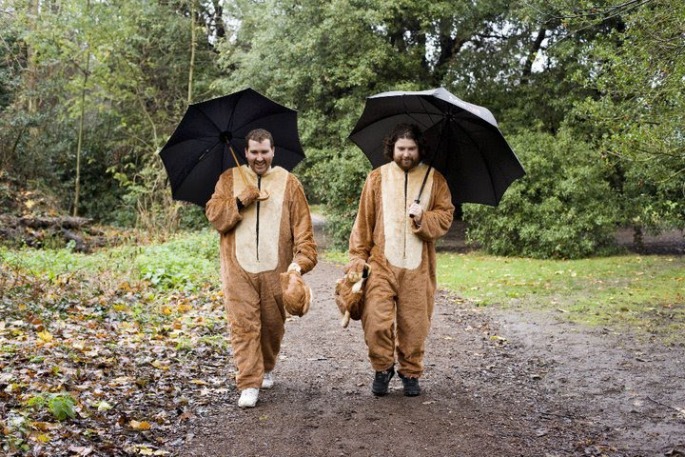 Eats Everything exits through the swing doors.

The 2 Bears have been announced as the next residents at East London’s XOYO venue, settling in for a 12-week reign that will include sets from Four Tet, Henrik Schwarz and Andrew Weatherall.

Taking over from current resident Eats Everything, the hirsute house duo Raf Daddy and Hot Chip member Joe Goddard will play every Saturday from April 5 to June 28, kicking off with an all-nighter in room one while Deep Shit play upstairs in room two.

The closing night will see another all-night slot from The 2 Bears in room one as Optimo handles room two. Tickets for the events are available through XOYO and RA.

Meanwhile Disclosure have been revealed as the surprise guests at XOYO this Saturday, playing back-to-back with Eats Everything all night long. [via RA]