Who is the most popular musician in each US state? 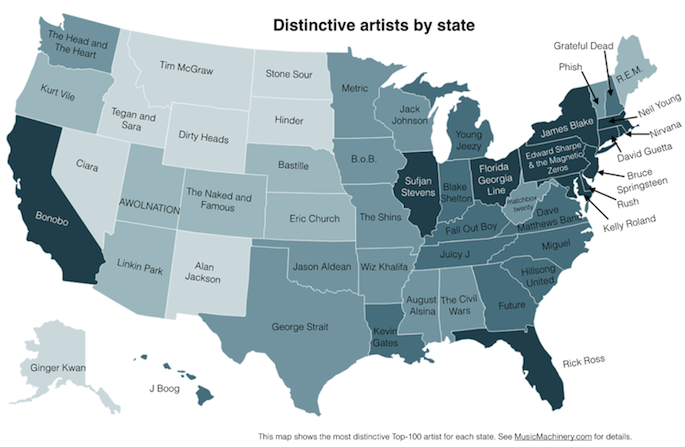 Crunching the numbers to find which musician has outsized support in each state.

Paul Lamere of music intelligence company The Echo Nest has analyzed how the location of a listener affects their music preferences on his Music Machinery blog.

By comparing lists of the most-played artists across state and regional lines, Lamere was able to deduce which artist has outsized support in each state. “I do this by finding the top most distinctive popular artist for a state that hasn’t already been selected for a more populous state,” he writes.

The results in the above map vary. Rick Ross in Florida, Future in Georgia, and George Strait in Texas make sense to us, but Bonobo in California, James Blake in New York, and Sufjan Stevens in Illinois (despite his album title) are head-scratchers. Head to Lamere’s blog for a more detailed look at the data. [via Business Insider]