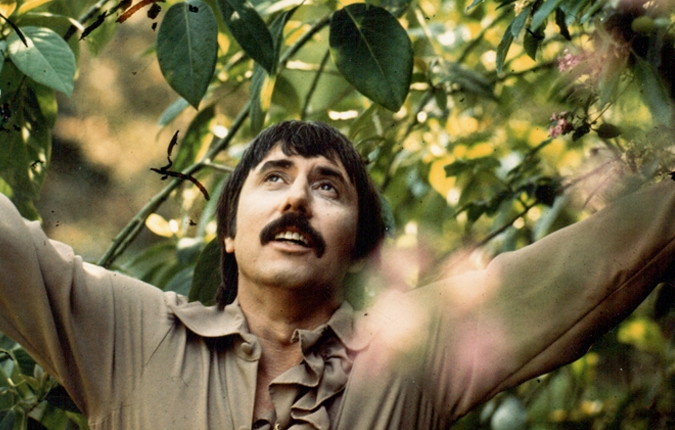 Last year saw the release of Light In The Attic’s stunning There’s a Dream I’ve Been Saving: Lee Hazlewood Industries 1966-1971 – a huge compendium of Hazlewood’s output as boss of his LHI label. Collecting four Hazlewood LPs and a grab-bag of material by mostly-forgotten label signings, it was a fantastic reminder of why Hazlewood’s sound – ultra-stylized, knowingly kitsch songs of courtship and regret, realised through rich and aureate production – have earned such cult cache. Quite rightly, it zoomed into the Top 10 of our 50 favourite reissues of 2013, and remains a much-cherished Sunday morning go-to.

As Exclaim report, 1972 Records will bring three of Hazlewood’s solo albums back to vinyl in May. The N.S.V.I.P’s (Not So Very Important People) – the follow-up to Hazlewood’s 1963 debut Trouble Is A Lonesome Town – was released in 1964, and shows his idiosyncratic cowboy chintz in full, often hilarious effect. Friday’s Child came out in 1965, and proved a more conventional set of balladeering, and Love and Other Crimes, released in 1968, boasts what 1972 describe as “lounge styling with light psychedelic pop touches.”

1972 will release The N.S.V.I.P’s (Not So Very Important People), Friday’s Child and Love and Other Crimes on May 5.