Andy Butler and friends return for their third album.

Hercules and Love Affair, the rotating cast of characters assembled by Andy Butler to crank out old-school house and disco, is back for a third time, with a new lineup and a new album, The Feast Of The Broken Heart.

Joining him this time around are BRITS-nominated singer-songwriter John Grant and newcomers Rouge Mary, Gustaph and Krystle Warren. The album was co-produced by Vienna’s Ha-Ze Factory and industrial vet Mark Pistel.

The Feast Of The Broken Heart is due out on May 26 via Moshi Moshi. Listen to ‘Do You Feel The Same’ now; the single is out April 14 backed by ‘Raid’ and ‘Working Miracles’. The campy cover art and tracklist are below. 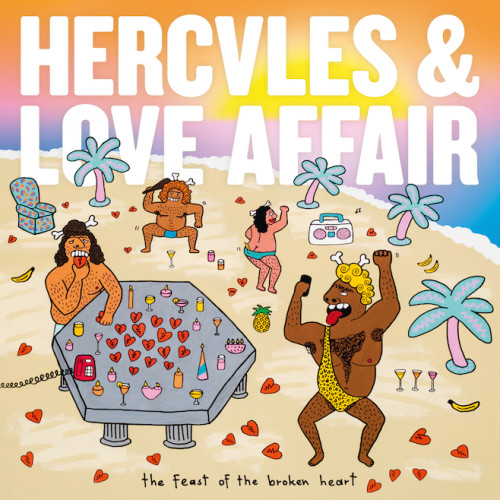