“I’m not a drug addict, I’m not a slut or a bitch”: Sky Ferreira addresses online comments 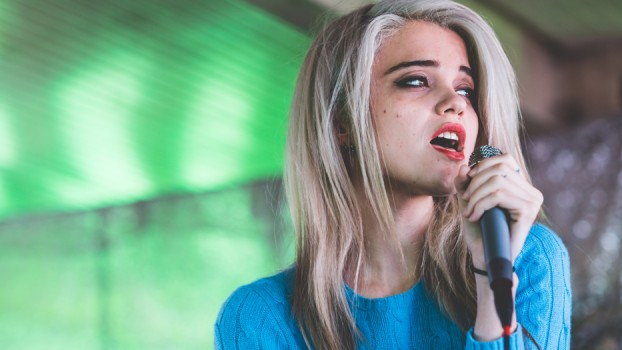 Sky Ferreira has addressed abusive comments on her Facebook page.

The Night Time, My Time singer, who recently cut a London live show short and ended up arguing with a fan on Twitter who accused her of being high, explained that she’s “exhausted of people telling me how I should look or be if I want to be a pop star”, and that she now “feel[s] like I can’t connect or directly speak with true fans.” “I recently blocked someone”, she added, “because they were constantly harassing me and making fun of sexual abuse that happened in my past.”

Ferreira has opened up about suffering sexual abuse as a child in past interviews, and recently (and fairly) pointed to the comments section in a Guardian interview as an example of the flak she takes online.

You can read the full post here, read Lauren Martin’s review of Night Time, My Time here (FACT’s #2 album of 2013) and watch FACT TV go Record Shopping with Sky below.

I’m exhausted of (more than some) people telling me how I should look or be if I want to be a “pop star” & how they think it’s okay to say vile & (sexually) abusive shit to me on a daily basis over the internet. I’m not only writing about myself…because almost every person has to deal with this. It’s a shame because I now feel like I can’t connect or directly speak with true fans. I’m not a mess,I’m not a drug addict, I’m not a slut or a bitch. I recently blocked someone because they were constantly harassing me & making fun of sexual abuse that happened in my past…Which I’ve publicly spoken about to hopefully help others. They came to one of my shows & my friend confronted the person.We were accused of being homophobic after. Which is absolutely insane because my friends,my family & a majority of my fans are homosexual. Sexuality,gender,race,& age are irrelevant to me. As it should be for everyone by now. Treating people like shit because you feel like shit doesn’t help anyone. If you see hateful/disgusting/abusive comments,please start reporting it or deleting it. I think that’s the only way we can start to lower that sort of thing from happening. Use the internet as a way to connect with others & LEARN. Show & spread compassion. <33333