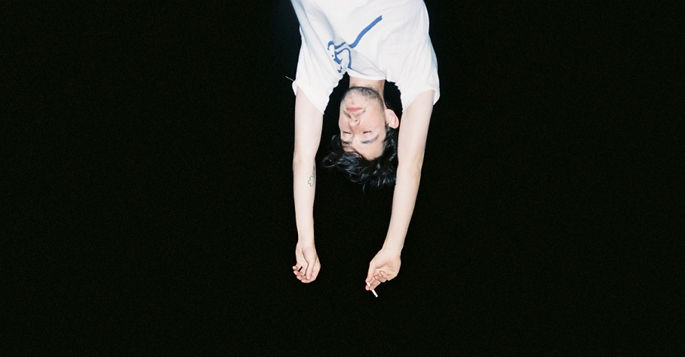 Having made his name on the Melbourne underground party scene, Rohan Bell-Towers (a.k.a. Bell Towers) has now relocated to London.

Bell Towers’ sets reach wide and burn bright, fusing together psychedelic dance music and dreamy pop. He knows the rules of any properly good party: a crowd of regulars, an overactive smoke machine, great resident DJs and lots of dancing – something he demonstrated for four years at the infamously fun Bamboo Musik back in Melbourne. Bamboo Musik may be dead but Bell Towers lives and his next London gig is Field Work at the Grosvenor in Stockwell on Friday 7th March – details here.

As well as DJing, Bell Towers releases records of house-not-house aimed at the more open minded dancefloors. ‘Tonight I’m Flying’, released last year on Prins Thomas’s Internajonal label, finds a boogie baseline gurgling ecstatically away over slinky rhythms. The forthcoming ‘Territory’, out soon on Public Possession, has him going for tougher tracks that bear the marks of live music making.

So how come you made the move to London? What was it that attracted you to the city?

It was a sweet life in Melbourne but I felt like it was time to change the beat. My girlfriend has been wanting to move to London for a while too. That combined with an easy visa process made it a no brainer.

So far I haven’t been hanging with too many DJs and musicians. I’ve had some private time. It’s been nice moving to a new city and keeping relatively quiet and anonymous. I can’t get used to people keep asking me if “I’m alright” though.

What was the first record you unpacked when you arrived here?

That was ‘Time to Change’ by Ape.

You’ve been doing this for a little while now, how has your approach to DJing changed over time?

When I’ve been listening back to old mixes recently the most obvious thing to me is that I’m a bit older and have become a bit better at doing my job. I can hear how I’d do things differently now.

I’ve also noticed that some significant life changes over the last couple of years have made me become a lot less possessive over my record collection. Before leaving Melbourne I seriously thought about selling my collection but then I grew to hate that idea. Somehow the idea of my library seemed sacred. What’s the point in building a collection up only to dismantle it!? Libraries are for reference. Fuck, records can be a pain sometimes.

Not so much that’s UK and current for the moment. My most recent pickups that I’ve been playing on repeat are tracks by Cale Parks and Blaze. My favourite places to listen to music in the city are morning walks along Regent’s Canal or sitting at the front on the upper level on a quiet bus at night rolling past Trafalgar Square.

My favourite places to listen to music in the city are morning walks along Regent’s Canal or sitting at the front on the upper level on a quiet bus at night rolling past Trafalgar Square.

When you want to be reminded of home in Melbourne, what record do you reach for?

I had to leave a lot of records behind when I came over here. I did pack some Australian records like the Metronomes though I wouldn’t say that they’re the ones that really remind me of home.

When I want to be reminded of Melbourne then I’ve been selfishly listening to my old mixes on repeat. They feature loads of nice records that I had to leave in storage.

What should people expect from your DJ sets over the next few months?

It’s gonna be house, disco, techno, up and down and so on.

What’s the story of how you got into production?

I started playing around with computer music in my teens. Then I studied sound art at university when I got into DJing and dance tracks. A mate of mine Thomas Jeppe has been championing my dance tracks from an early stage. He hooked me up with his buddies Canyons and they released my first 12″. Things developed naturally from there.

You’ve got a new record coming out on Public Possession – how did you hook up with them?

met Valentino from Public Possession in Australia a few years back. He was doing the world trip thing and Andrew Hogge from ESP Institute recommended me as someone cool to hang out with Melbourne. ‘Territory’ is my second release on Public Possession. The inspiration for the track loosely loosely comes from a long running in-joke that I have with some of the people behind this architecture and thinking-people firm from Melbourne called Sibling.

For me making music is cyclical. As time goes on past and current works feed off each other in new exciting ways. On this new release there’s a vocal featured that I recorded back in 2007.

Bell Towers is playing at Field Work on Friday March 7 at the Grosvenor, Stockwell. From 23:00 till late, FREE before midnight/£3 after. Details here.