Premiere: watch the video for Oddisee’s deeply honest ‘Back Of My Mind’ 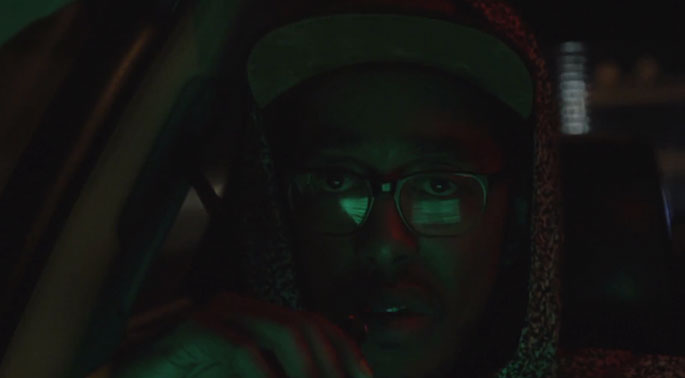 Maryland rapper and producer unveils video ahead of physical versions of his Tangible Dream album.

Last autumn Oddisee released a new instrumental album, The Beauty In All, which he swiftly followed with Tangible Dream.

Originally given out for free, Tangible Dream is now available on vinyl and CD formats via the Mello Music Group label. To celebrate they have put together a video for ‘Back Of My Mind’, a deeply sincere rap which Oddisee simply performs during a nightime car ride. You can watch the video exclusively below.

Speaking on the album and its content, Oddisee explained that:

I live in a gentrified part of Brooklyn, I eat out several times a week, I travel the world sampling the best that cities across the globe have to offer. Do I live in a penthouse loft? Am I dinning in five stars restaurants? Can you only find me in the most exclusive areas? Do I own a jet? The answer to all the above is most certainly no. I’m just a regular man from Prince George’s county, Maryland that figured shit out.

I discovered that I can make a career in an arena dominated by artists that sell false dreams. I realized that although the masses may not know of my body of work, it doesn’t take the whole world to have the world I want. Tangible Dream is a mix-tape dedicated to the deconstruction of our traditional ideas of success & shedding light on the possibility of a sustainable rap life.

You can buy the physical versions of the album from Mello Music Group and find the digital on iTunes and Bandcamp.