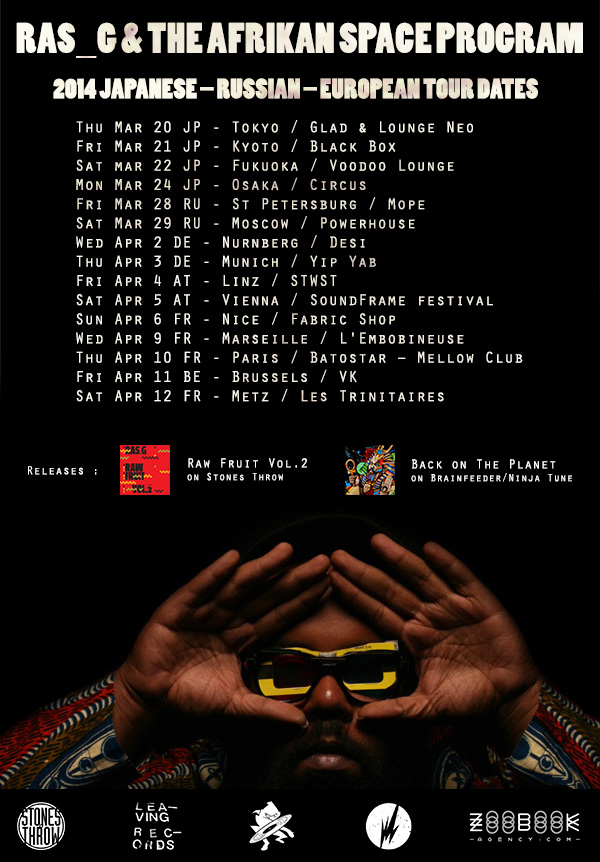 L.A’s answer to Sun Ra heads out on globe trotting tour in support of new releases.

Those who follow Brainfeeder’s Ras G will be aware of his daily reminder that he’s ‘back on the planet’. This coming March he’ll be doing that in the flesh with a world tour that starts in Japan and ends in Europe, in just under four weeks.

The tour is in support of his recent releases: a new album for Brainfeeder, cunningly titled Back On The Planet, and a beat tape for Leaving Records/Stones Throw, Raw Fruit vol.2. He’s already announced that the third volume of Raw Fruit is wrapped up, so those attending the shows can expect to hear old and new songs in his typical mind bending approach. If you’ve never been to a Ras G show, we can only recommend what is one of the most bodily and liberating live beat experiences around today.

For more on the man, you can check out the audio for his contribution to the Classic Drug References release from late last year.