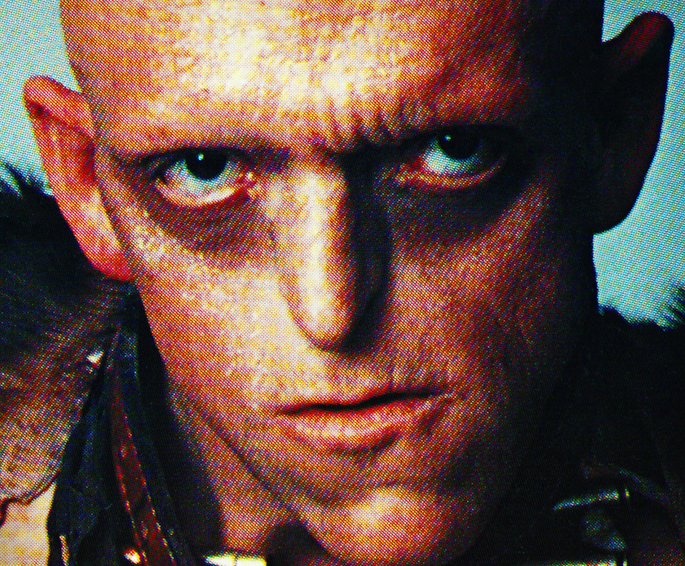 Every Saturday, we post a run-down of the music – old and new – we’ve most been enjoying in our UK and US offices that week.

Don Peake – The Hills Have Eyes

Synth drone and rattled bone – amidst a profusion of vintage horror reissues, One Way Static’s recent vinyl pressing of the OST for Wes Craven’s 1977 shocker is a (mouldy) peach.

As Shitmat, Henry Collins used to make goggle-eyed breakcore for Planet Mu, but this high-concept curio is a world away from the sonic shoe pies of old. Music of Sound presents the soundtrack to 1965’s The Sound of Music with all the speech and music forensically removed; the result is an eerie ambient collage of wind, bird chatter and creaking floorboards. Less ‘My Favourite Things’, more the pottering of lonely goatherds.

The glossy-maned Berkeley rapper looks to the ’90s for this highly listenable mixtape on Fool’s Gold, but he’s no earnest East Coast revivalist – instead it’s the top-down G-funk  of Snoop Dogg in his youthful prime (plus a solid dose of Rick James) that powers this nostalgic charmer.

The Scot lad’s woozy cassette release on Astral Black gives him ample space to fuck about in the margins of Memphis rap and spooky trip-hop (a good thing, in this case), away from his usual grime milieu and joined by MC DePTHS and his cat Nina.

High-powered straight-down-the-middle rave business from Nightwave, stripping down last single ‘Rave Hard’ to something even more refined and powerful. Proof that sometimes all you need is a stupid fucking riff beating you round the head forever.

Read Joe Muggs’ superlative interview with dubstep lion king Hatcha yet? Then head straight over to this 2010 single and remind yourself what a cracking producer he is, as well as – obviously – an excellent DJ.

The ‘OG Bobby Johnson’ badman returns with another slice of post-Yeezus wallop courtesy the 808 Mafia. Que definitely has some fun with this one, cramming his verses full of cheese metaphors and boasts about beddding teachers. And not to play with semantics, but wouldn’t it be “fjord fever”?

We might have squeezed the debut album by Treated Crew boss Mic Terror into the mixtape round-up, but don’t be confused: this is an engaging full-length album from the slighty-left-of-center part of the Chicago scene that isn’t afraid to sample ABBA via Madonna or feature DJ Gant-man.

Call it what you like – Asiatich might not be the sino-grime Mecca some sources might have you believe it is, but we’ll be damned if it isn’t one of the best things we’ve heard all year. That Chinese flip of ‘Nothing Compares 2 U’? Let’s just say David Lynch would be very proud.

Dub techno might be old news for some of you, but there’s still life in the old beast yet, as Barn Owl psych peddler Jon Porras shows with Light Divide. Billowing synth pads and barely-heard sub-aquatic beats? We don’t need telling twice.