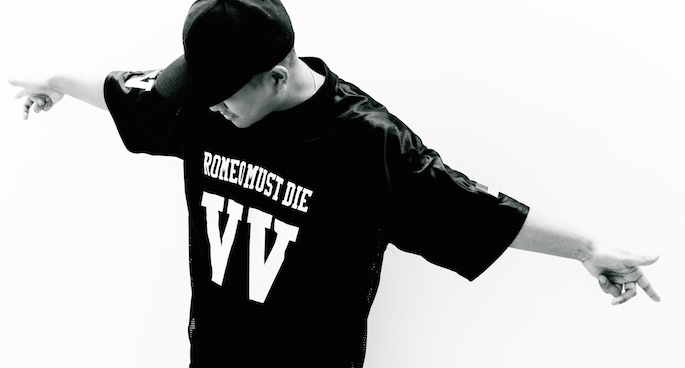 The NYC newcomer shares a new single and opens up for an interview.

BOY/FRIEND (aka Shan Poo) and go-to producer MNTN emerged last year with Leather Weather, a free LP of new school R&B that shares many of the touchstones of his contemporaries.

Since then, he’s released a handful of club-ready singles, including the excellent ‘Never Not Looking’. His latest, ‘Butterflybynight’, is a ready-for-summer jam about young love. Stream/download it and check out the song’s visual below.

In addition, we spoke with BOY/FRIEND via email about his background, his intro to R&B, and the Cool World inspiration behind his latest single.

What’d you grow up listening to?

My pops is a big stereophile dude that collects speakers, amps, and customizes his own turntables. I remember hearing a lot of John Coltrane, Elvis, Sam Cooke, Harry Belafonte, Pink Floyd, and The Eagles on his electrostatic speakers. He also listened to Chinese and Thai folk ballads. I used to really hate on what he listened to growing up and didn’t think his hobby was cool, but now I love these artists and understand that my pops is a serious OG.

My mother didn’t really care for music. Her only requests was for my pops to “turn it down.” My sister was listening to a lot of boy bands. Her first obsession was New Kids on The Block while simultaneously wanting to be Madonna. My sister wouldn’t respond to the family if we didn’t call her “Madonna.” I later met my friends’ older brothers and cousins who DJ’d and b-boy’d. That’s when shit started getting really real.

“The-Dream is my daily inspiration because he is a God.”

How’d you first get introduced to R&B?

The first time I got introduced to contemporary R&B was in ’94. He was playing ‘Water Runs Dry’ by Boyz II Men. Raf had it on repeat because he was trying to copy the lyrics to a piece of paper so he could give it to a girl he was crushing on in class. The funny part about it was that it was a break up song yet he was trying to proclaim his love for her. The right song of choice would’ve been ‘I’ll make love to you’ but the amazing part about it is that we were so young and we were strictly going off of feeling instead of lyrics.

Leather Weather was tagged on Soundcloud with Frank Ocean, The-Dream and The Weeknd; you seemed very aware of where the album’s inspirations or contemporaries were. How does your music stand apart from the pack?

Those weren’t our inspirations at all. It was tagged for ignorant people that kept comparing me to them that don’t know anything about R&B before those artists. Don’t get me wrong, I love Frank Ocean and House of Balloons, but I wasn’t trying to match anything musical to what they do. One thing I will say is that The-Dream is my daily inspiration because he is a God.

It’s not rocket science. Sometimes I’ll come up with a melody and lyrics on my own, send my reference track to MNTN, and then he’ll come up with chords. Or sometimes we’ll just be vibing together while he’s on the keys and I’m singing melody. MNTN also comes up with beats at the crib and sends them to me and then I’ll top line over it.

Tell me a little about ‘Butterflybynight’.

It’s a song inspired by one of my best friends experiences being infatuated with a Brooklyn girl. She basically acts like Kim Basinger’s character, Holli Would, in Cool World. She’s just a sexy cartoon and he’s a confused black Brad Pitt. If only they knew.

What are you most looking forward to in 2014?

Getting my mom out the hood.