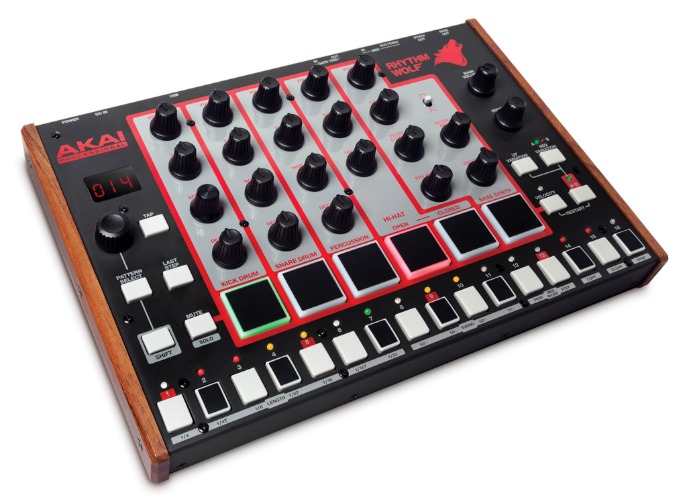 A clutch of new products from the electronics brand.

Akai has unveiled several exciting new machines ahead of this week’s Musikmesse conference in Frankfurt, including the Rhythm Wolf (above), an analogue drum machine and bass synthesizer module featuring an onboard 32-step sequencer, six MPC-style pads and a ‘Howl knob’, which controls a “custom distortion circuit for additional sound design.” It’s aimed at the affordable end of the spectrum with a price tag of $199.99.

Also on the way is the APC40 MkII (below), a revamped version of the company’s popular controller. The streamlined machine features a 5×8 RGB LED clip matrix, eight channel faders, a master fader and eight device controls. The unit is priced at around $400.

As well as the APC40MkII, Akai also announced the smaller APC Mini and the APC Key 25, details of which can be found here.

Finally, there’s the new MPX16 sample player/recorder, a compact unit with 16 velocity sensitive backlit trigger pads for recording and playing back stereo samples in WAV format. Read up on all the units, which are due to arrive in summer, on Akai’s website. 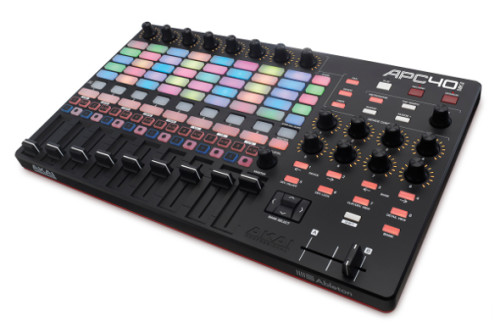