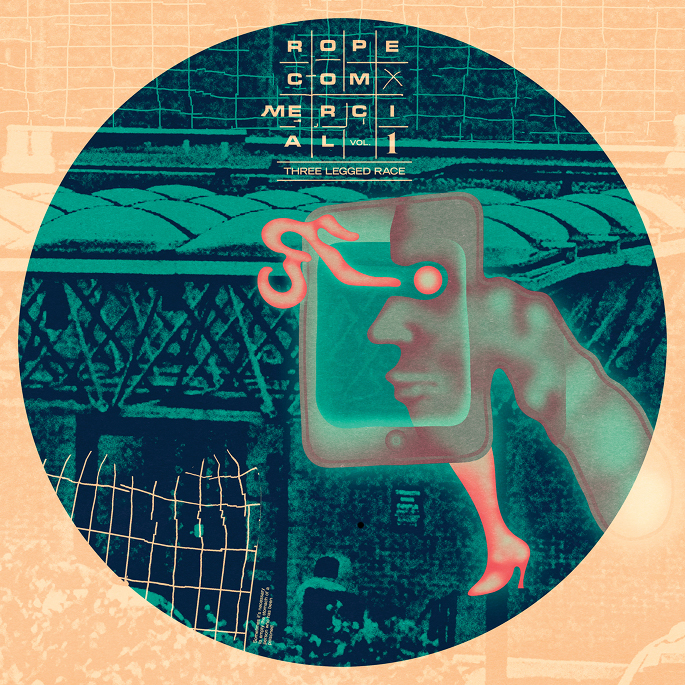 For the bulk of his career, Kentucky’s Robert Beatty has principally known for one of two things; his tenure with prolific noise combo Hair Police, last heard on 2013’s excellent Mercurial Rites; and his side gig as a sleeve designer (responsible for this, this and this, if you’re curious).

That balance slightly with the release of 2012’s Persuasive Barrier, put out under his long-running Three Legged Race solo moniker. Although not exactly a breakthrough – this is the experimental noise scene, after all – it certainly expanded Beatty’s audience, with its cosmic soundscapes and ambient collages proving surprisingly therapeutic. Since then, he’s been touring an extremely low-key live show, featuring a iPhone sequencer programmer and a tape machine, and he also put out the 2013 video score collection Soundtracks for Takeshi Murata

Over the coming year, Beatty will reactivate Three Legged Race with a new series of EPs, grouped under the umbrella title Rope Commercial.  The first, Rope Commercial Vol. 1, will arrive in May, and promises an assorted collection of collage, “white noise” and electronic tinkering. FACT have the first play of the EP opener ‘All Ajax Dial’; click below to enjoy.

Rope Commercial Vol. 1 is due on May 27 through Underwater Peoples