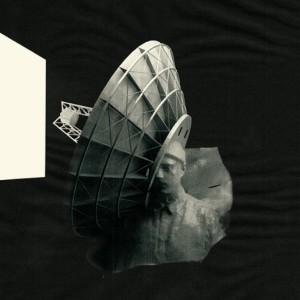 I’ve never been convinced by ClekClekBoom. To me they’re Night Slugs Lite, their musical and visual aesthetic conspicuously similar to the UK crew, but just different enough to say claim that they’re ‘simply part of the same scene’. Similarly, I find co-founder French Fries’ comments on futurism and his label’s musical intentions along these lines depressingly surface level. His debut album Kepler is a good example of why.

According to it’s press release, Kepler is a sci-fi concept album about a story French Fries imagined, it’s plot a little similar to Prometheus or 2001 from the brief description given. He’s since downplayed this, explaining that really it’s more of a means to create sounds that are ‘strange and don’t exist yet’. But in either case, the concept doesn’t matter, because every ‘futuristic’ idea found in Kepler is already a tired cliché. Nothing’s strange, and it’s existed for decades.

Predictable computer bleeps in ‘Machine’. Terrible synth alarm bells in ‘Bug Noticed’. Cheap filter sweeps aplenty throughout the ‘Journey To Kepler’. Bladerunner synth brass in ‘U.M-AN’. It all borders on novelty. The album was also apparently written without clubs in mind, but anyone listening will hear immediately that these are all still club tracks with some token interludes for ‘depth’. These brief attempts at galactic pastoralism in the vein of Brian Eno, Oneohtrix Point Never and Boards of Canada might fair a little better in execution, but they’re just as two-dimensional in their reasons for being there.

As a 22 year old, French Fries can hardly be criticised for not being Eduard Artemiev, but the problem his continuing lack of originality. He’s never had an individual voice, after all, just a constant slew of genre references rendered through ‘bass music’ tropes. Kepler was an opportunity to do something new, but instead 1980s Detroit techno is badly appropriated to serve a ‘futuristic purpose’ through this same, self-serving template. Things get particularly brazen when his beats – not with the the club in mind, of course – closely mimic L-Vis 1990 or Bok Bok, and copies of Jam City’s percussion blasts cut through the mix.

Kepler comes across as somewhere between badly executed naïvety, and a less endearing attempt at zeitgeist through casually using other people’s ideas. Yet, despite the cringeworthy sci-fi novelties, garish production values and liberal cribbing, it will also undoubtedly be enjoyed by a large number of people. Such is life, eh?