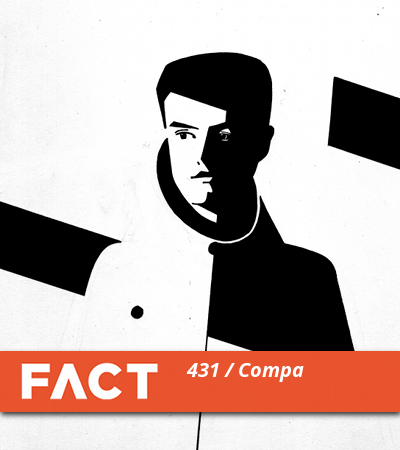 Based in Manchester, Compa has been releasing records for less than two years, but has already built up one hell of a reputation in steppers’ circles: he closed Fabric’s Room 1 last year, and has scene godfathers like Coki and Mala – who recently recruited Compa to his Deep Medi clique – regularly spinning his tracks.

It’s no surprise he’s found favour with the Mystikz, however – despite being in his early 20s, Compa only DJs off vinyl and dubplates. As he explained to FACT last year, “being dedicated to my roots is definitely in me as a person. It’s something i’m proud of – to represent what inspired me originally within dubstep, like cutting dubplates for example.” In an age where diversity and hybridity are constantly emphasised, it’s refreshing for a producer to have Compa’s sense of purity – and yes, an admirably narrow vision – when it comes to their music.

His FACT mix is almost entirely made of his own productions, with exceptions made for Vivek, Digital Mystikz and a handful of others. Recess is over. It’s time for class.