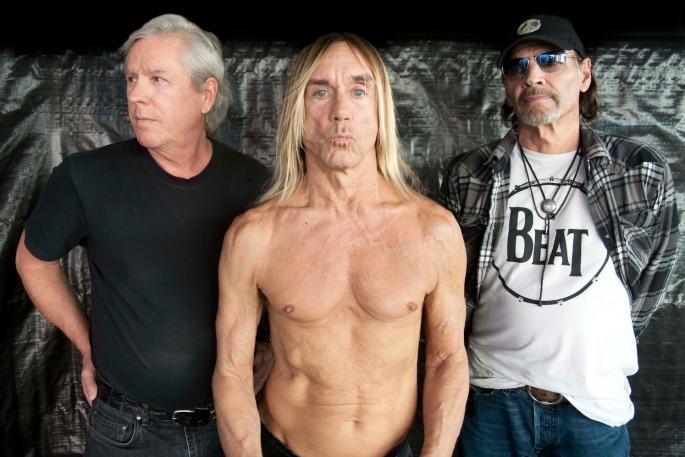 Stooges drummer Scott Asheton, aka ‘Rock Action’, has died aged 64 due to an unspecified illness.

Asheton (pictured above right) and his brother Ron founded The Stooges in Ann Arbor, Michigan in 1967 along with bassist Dave Alexander and singer Jim Osterberg, aka Iggy Pop.

They released their John Cale-produced eponymous debut in 1969 and followed it up with Fun House in 1970 and Raw Power in 1973, before drug abuse and a revolving cast of guitarists sent the band into oblivion a year later.

Along with their wild and chaotic live shows, those three records – which combined primitive garage rock with an avant-garde approach influenced by free jazz players like Albert Ayler – built the Stooges’ reputation as principal players in the punk lineage.

In 2003 he reunited with his former frontman on Iggy Pop’s Skull Ring album, with his brother Ron returning on guitar and bass. The band reunited to play a series of live shows over the next few years, capped in 2007 with an album of all-new material, The Weirdness.

After Ron Asheton died in 2009, The Stooges continued to perform with Raw Power-era guitarist James Williamson. Asheton contributed drums to the band’s most recent album, 2013’s Ready To Die, but stopped playing live after suffering an unspecified severe injury on tour in 2011.

In a statement regarding Asheton’s death, Iggy Pop said of his drummer:

“My dear friend Scott Asheton passed away last night. Scott was a great artist, I have never heard anyone play the drums with more meaning than Scott Asheton. He was like my brother. He and Ron have left a huge legacy to the world. The Ashetons have always been and continue to be a second family to me. My thoughts are with his sister Kathy, his wife Liz and his daughter Leanna, who was the light of his life.”