“This might spur me to pour Lucky Charms over my face”: Jacques Greene, Laurent Garnier and more reviewed in the FACT Singles Club 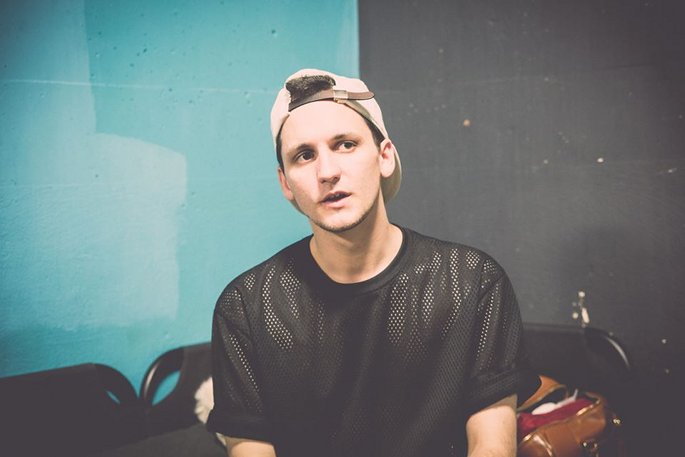 With the way individual tracks are now consumed, the idea of what constitutes a single has shifted dramatically in the last half a decade, and its for this reason that the songs reviewed across the next pages are a combination of 12″ vinyl releases, mixtape cuts, Soundcloud uploads and more. All are treated equally – well, most of the time. On the chopping block this week, Jacques Greene, Laurent Garnier, Eats Everything and more. 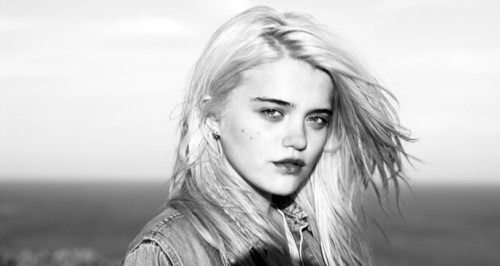 Sky Ferreira – ‘You’re Not The One’ (Cid Rim Remix)

Joe Muggs: I’ve yet to be moved by a Sky Ferreira track though I do like the one that sounds like ‘Kids In America’ and I like this. The vocal cutups are funky. (6)

Chal Ravens: I can’t get enough of this iridescent bauble – there are so many tiny Easter eggs to discover, like the hiccuping synths after the chorus and the cough at 1:29. If I was made of money it might spur me to pour Lucky Charms over my face. (8)

Tam Gunn: a.k.a. The One where Cid Rim Takes Every Soundcloud-House Dickhead to School? Glitzy arpeggios, chopped up vocals on the hook, everything scrubbed up to the max – on paper, this could be Henry Krinkle or any other Eton Messy replicant scumbag, but actually it’s pretty great. (8)

William Skar: In no way superior to the full-throated Blondieisms of the original, but this is a cutesy little critter – the sort of thing the Bubble Trouble dinos might bump uglies to. Made me want to listen to Loading Video…

Laurent Fintoni: I wanna know who’s responsible for the ‘super kawaii’ bit in the text! But yeah, Cid Rim is on top form here, and I’m not a huge fan of that hyper-glossy sound LuckyMe has espoused but this is ace.  (8) 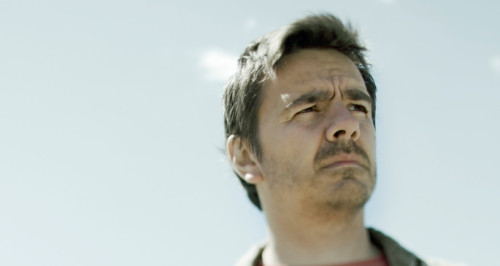 Garnier – ‘Rise and Fall of the Donkey Dog’

Chal Ravens: Boomy Godzilla drums, ominous synth build, gnashing buzzsaw drones – you can see where he’s going with it alright, but the result is a bit soggy. You know how ad agencies will commission a song that sounds like another song if they can’t get the rights to it? This is what would happen if they wanted their Landrover ad soundtracked by Fuck Buttons. (4)

Tam Gunn: Sounds like it fell off the back of the wonky bandwagon in 2008 then got straightened out five years later by Moderat, the techno-meet-post-rock supergroup that the 21st century never even came close to needing. If you’re getting excited about this then you need to listen to better music. (4)

Joe Muggs: Spot the track by the DJ who plays 6 hour sets! That’s definitely a tool for a take-the-crowd-on-a-journey kind of session. Sounds a bit like David Holmes on an EBM jag. I like Laurent Garnier. About 18 years ago, he played at an illegal rave in the store-room of a cafe under the arches on Brighton seafront, which they’d borrowed my rickety 1210s for. Partway through his lengthy set of mostly techno, he dropped Todd Terry ‘Bango’ (which of course was already an oldie then) and I ran up excitedly shouting “Yeah! Keep house music alive!”. Afterwards he signed one of my decks and wrote “KEEP HOUSE MUSIC ALIVE” on it. Which was nice. (7) 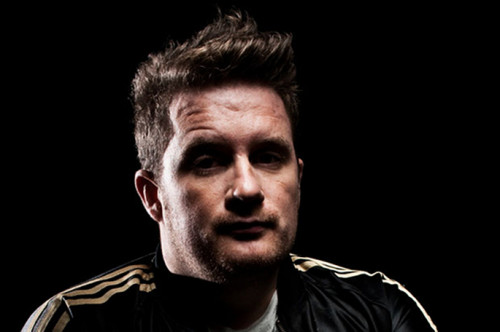 Disclosure – ‘F For You’ (Eats Everything remix)

Chal Ravens: Not keen on the original, with or without Mary J ribbiting all over it, but this I can sort of get into – I mean, the piano melody is crummy and the rave synths are totally plastic, but it all sort of comes together in a big saccharine mess like a litre tub of cheap neapolitan ice cream. Which I would definitely eat, so there you go. (6)

Laurent Fintoni: As I said on Twitter a while back, that Disclosure drawing over the face thing can fuck right off. Otherwise, yeah, wake me up when this is over. (4)

Joe Muggs: It’s full of really intense rave tingles, and those updated Reese chords are nice and fresh. Would like to hear this with the full vocal too though. (8)

Tam Gunn: It’s no ‘Lighter’, but as far as politely wobbling house goes I’ll take this over Four Tet and Terror’s Geeneus edit any day. (6) 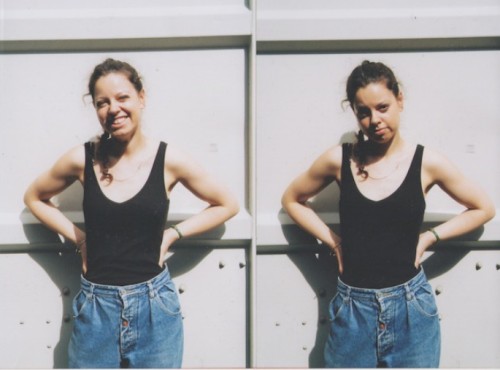 Tam Gunn: Certainly doesn’t hit me in the same spot as, say, ‘Do Me Well’, but a world with more of Tirzah and Micachu’s sample-loop pop can only be a good thing. The backing sounds like your nan’s living room wallpaper, and they just make the whole schtick sound so natural, don’t they? Cracking. (7)

Chal Ravens: I guess I like the whole idea of Tirzah and that unpolished girl-next-door vibe, but I’d probably prefer to hear Micachu taking care of the whole track, vocals included. All the interesting things are happening in the production anyway, like those brilliantly clashy metallic chimes. (6)

William Skar: I still can’t get enough of ‘I’m Not Dancing”s wheezing hydraulics, and this touches similar heights – buff where its predecessor was ruff, but similarly jam-packed with ideas. Those who’ve chomped at the Jai Paul bit definitely need to get their teeth stuck into this one. (9).

Joe Muggs: Totally love the way Greco-Roman is expanding, and this sits really nicely alongside those Mara Carlyle and Kate Tempest vocalled tunes they put out recently. This reminds me of all sorts of clockwork-sounding lo-fi groove stuff that I really like – Solex, Money Mark, early Hot Chip, Luscious Jackson etc etc – and though it’s quite a lightweight confection I can imagine listening to it a lot. (7)

Laurent Fintoni: What on earth is wonky pop? Did someone forget to turn the quantize off again? (4) 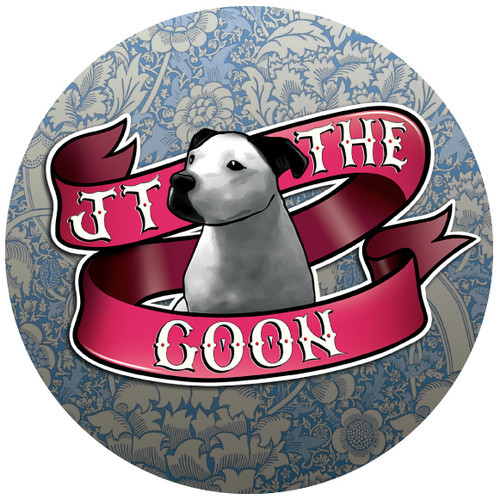 Chal Ravens: It’s a brightly polished selection this week, what with Cid Rim’s sparkly remix and this featherlight charm from the JT The Goon, which with its sticky-like-glue melody already feels like an old friend. An instant classic from the current grime wave, surely. (8)

Tam Gunn: Yes, it’s basically Jammer’s ‘Chinaman’ souped up so you can play it in a club, but since when was that something the world didn’t need? If somebody does the same thing to Dizzee’s ‘Streetfighter’ then they’ve made my year. (7)

Joe Muggs: Simple and emotive, this is as brilliant as the “sinogrime beef” is boring. i.e. very. (8)

William Skar: Throwback sino-fetishism isn’t really my bag, but it’s hard to argue with this sort of industrial-strength whistlecore.  (7)

Laurent Fintoni: I so wish sinogrime had been more than just a bleep on grime’s radar, but then again it’s probably better it didn’t become a ‘thing’, considering how quickly we render those unpalatable. (8) 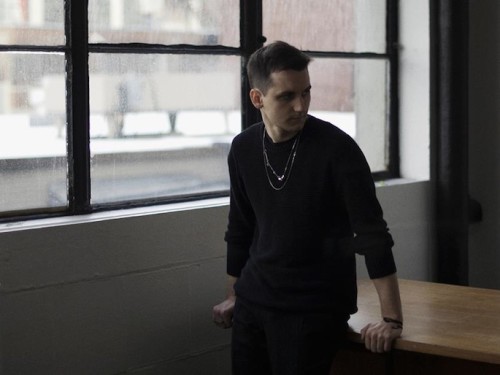 William Skar: Chthonic R&B in a Shlohmo stylee really has been done to death now, but it’s a mark of Greene’s rare eye for light and shade that, with some well-placed synth pads, drudgework blossoms into something rather beautiful. (7)

Tam Gunn: Is this the ‘F You Right Jacques’ to Greene’s old single ‘Another Girl’, then? Definitely feel cut from the same cloth, and I’m into it. (7)

Laurent Fintoni: Yup I like this. Less gloss thank you please. (8)

Joe Muggs: Warm and easy. Possibly my favourite JG track yet – it feels friendly and familiar, and much as we all love innovation, and much as it IS very clever in its production, sometimes that’s precisely what you want from club music. (8)