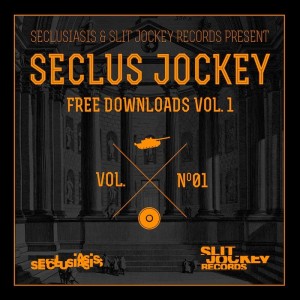 We all need categories. Whether it’s ones made up by journalists, music stores or yourself, you inevitably sort music somehow, and sometimes even get pleasure out of it. On the other hand, when that desire to categorise degenerates in a need for schisms and splits, as it so often does, then it gets destructive.

The worst examples of all time, of course, were the concepts of “intelligent dance music” and “intelligent jungle” back in the nineties, with their clanging (and generally racist, classist) implication that all other music was dumb, but you can see it too in a lot of attempts over the years to polarise dubstep vs. grime, or indeed the deep vs. tear-out sounds within dubstep – with messy or inconvenient historical detail frequently glossed over to put one thing higher in some spurious hierarchy than another. If you actually start listening to the tunes, though, these false dichotomies always fall apart.

Look at grime now. It’s all too easy to pull it into two opposing camps – the Liminal-Coyote-Boxed-Keysound sounds of strange, sophisticated, no-MCs instrumentals on one side, and the MC-led, Logan Sama-friendly grassroots scene with its traptastic 808s on the other. And depending on which side you’re on, you can dismiss the other as white-studenty-gentrified, or trashy-Americanised-formulaic respectively. Of course those two tendencies do exist, but but it isn’t as simple as them being opposite poles, and a look at these two releases shows why.

Both of them are ostensibly in the second camp – both feature MCs and a lot of trappy 808 patterns, the Seclusiasis / Slit Jockey comp features certified grassroots grime producers J Sweet and J Beatz, and Midlanders Swifta Beater definitely count as Logan-friendly, as anyone who spotted the “Swifta productionnnnns” tags in his Boiler Room set last year will confirm. But put it this way: I wouldn’t want anything to do with any instrumental grime scene that didn’t have room for this stuff.

Swifta has produced a couple of my very favourite beats of the last year – ‘Move’ on Terror Danjah’s Hardwired compilation, and ‘Numb VIP’ on (ahem) my own Grime 2.0 comp. The six instrumentals on ‘Fingerprint’ don’t quite hit that standard, but ‘Choir Gang’ is still pretty astounding – putting horrorcore synth choirs that recall old Belgian rave over a beat so brilliantly swung that it sounds like a trap Soul II Soul – and the comedy menace of the bouncy funeral march riff in the jittery ‘Taking the Crown’ is cracking too. 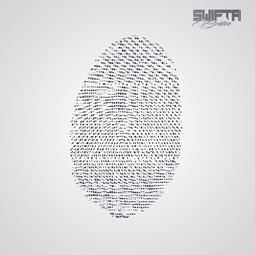 All of the tracks bounce on the balls of their feet, and though the majority of them (well, all except the 8-bar ‘Bogle’) use southern rap drum patterns, the structures are unmistakably British and designed for raving. Trilla’s “hands up in the fuckin’ air” hook on ‘Hands Up’ and flow closer to a drum’n’bass MC than a grime artist only emphasises this lineage. The actual production could do with some more grit, with a lot of shiny preset sounds going on, but there’s so much dancefloor inventiveness in the rhythms and riffs that it’s comfortably forgiven.

Seclusiasis and Slit Jockey, run by Starkey and Dev79 from Philadelphia, have blurred US and UK patterns for quite a few years now, and could scarcely be accused of jumping on any trap/grime bandwagon. By virtue of being mainly outsiders to any London scene wranglings, the label and the multinational cast of talent it has gathered are able to cover just about every base they like on this new compilation without any awkwardness.

Essex boy DJ Cable appears several times, with a claptastic instrumental double-time re-edit of ‘Tom Ford’, a cheeky old-school upgrade in ‘Pulse RBX’ (in original and superb Devil Mix form), and a remix by Sussex-born Shanghai-resident ConRank of his ‘Cartridge’, featuring Mancunian Goldfinger of Virus Syndicate. This latter pulls off really high production values and electronica trickery without losing its core grime weirdness, which is no small trick. The same could be said of Starkey’s ‘Solar Flare’ with an on-form Trim riding it – but then Starkey’s always managed this.

There’s more straight-up London grime instrumentals too, mind – Mr Mitch’s remix of J-Sweet is a top-notch noisy banger, and J Beatz’s re-working of ‘Strings Hoe’ is a more rough and rugged counterpoint to Wen’s recent highly finessed version. But mostly it’s about weird collisions. Welshman Stagga’s ‘Genik Riddim’ beat is the deranged kind of collision of empty spaces, rave synths, wonky rhythms and trip-out FX that the Rwina label has been doing recently, and sets the US MCs who have re-versioned it a challenge to which they rise impressively. Knight Riderz hit Rustie territory with painfully ecstatic rave diva cut-ups, while still managing to sound fresh, Sduk and Halp’s ‘Lunge’ is fantastically OTT arpeggiated bleep-grime, and so it goes on.

Both of these releases show that, unless you are a sour-faced scene guardian, there’s massive fun to be had splurging around the territory roughly bounded by grime, trap and “neon” wonky beats – and that this is not separated off from the cooler grime instrumental scene by any means. Indeed, anyone playing deep and moody grime-inflected sets would be very well advised to dip into these records for a bit of delirious energy and colour, before someone starts referring to “intelligent grime” – and nobody needs that, do they?