Watch the bizarre video for Arca’s ‘Knot’, from a forthcoming film project with Jesse Kanda 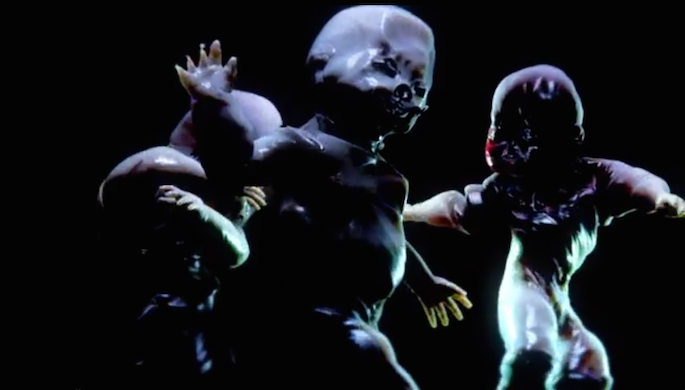 The unclassifiable producer shares part of an ongoing film project.

TRAUMA is a collaborative project between the Venezuelan-born Arca and the London-based Jesse Kanda, an artist who has worked extensively with Arca and directed the video for FKA Twigs’ best-of-2013 ‘Water Me’.

First exhibited at MOMA PS1 last year, TRAUMA follows “a nonlinear narrative about the death of a salaryman, a drunk driving infant and takes place within a subconscious world.” Its score will “span through Arca’s existing and future works.”

Watch Scene 1 below, which features a trio of disfigured children “celebrating their inner and outer beauty in the limelight” and is soundtracked by &&&&& cut ‘Knot’. It’s as if the Dancing Baby starred in a Chris Cunningham video. The entirety of TRAUMA will be shown in various galleries through out the world this year; more details as we have them.